Weight gain after menopause and premenopause is a common story. The root cause of your weight gain is xenoestrogens. 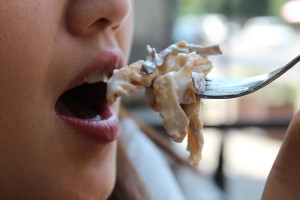 The xenoestrogens cause a slowing of your metabolism and also a craving for food. The main mode of operation of xenoestrogens is to build up fat for the pregnancy. It does this by suppressing your thyroid hormone sensitivity and increasing your desire for food.

In addition, you are receiving a large amount of xenoestrogens from your environment. These xenoestrogens act in synergy with your own estradiol to produce Estrogen Dominance. In my opinion, it is not only the loss of the balancing progesterone the causes estrogen dominance, it is also the synergistic action of xenoestrogens with your own estradiol that causes Estrogen Dominance. I believe that if you totally remove xenoestrogens from the patient's environment, the estrogen dominance will go away and disappear even without the addition of progesterone.

What are xenoestrogens? Xenoestrogens are chemicals or herbs that act like estrogen. "Xeno" means foreign. So, xenoestrogen means foreign estrogen. These foreign estrogens are strange estrogens that act and mimic estrogen in a strange way. Xenoestrogens have estrogen like effects but may have other weird effects as well. For instance, brand name prescription estrogens found in the drugstore mimic estrogen, but will also stimulate breast cancer to grow. In one example, young women before the age of 18 taking synthetic estrogen found in birth control pills will increase their chance of breast cancer by 600%. This is an example of a drug that acts like estrogen but is not identical to the estrogen that your body produces. The estrogen found in a birth control pill is a xenoestrogen. 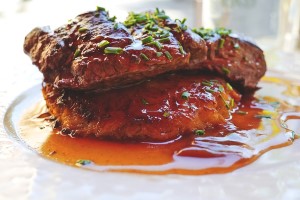 Xenoestrogens can also be natural and organic as well. For instance, there is a chemical produced by a type of fungus that is used in the veterinary industry that is estrogen like. This chemical is zearalenone. The synthetic derivative of zearalenone is zeranol. As of 2014, zeranol has been used for 30 years in the cattle and pork industry to grow them faster and fatter. Zeranol make the beef and pork fatter, bloat, and retain water so the ranchers and farmers can make more money and have a "better" product. Zeranol is used extensively in the United States and Canada and is one reason why the United States beef is banned in the European Union.

Many other fragrant herbs that are natural and organic can also have estrogen like effects. I have observed patients with active fibroids increase their fibroids size and number of fibroids in response to rubbing rosemary extract on their skin. The rosemary is used in many topicals and lotions as an antioxidant preserve the freshness of the oil in the lotion. However, rosemary will make my endometriosis patients much worse. Rosemary can also be found as an antioxidant in the omega-3 fish oil supplements. I also observed endometriosis patients getting much worse when eating omega-3 fish oil supplements with rosemary. When the same patient eliminates all xenoestrogens, and eats omega-3 fish oil supplements without rosemary, she is markedly improved. Similarly, by eliminating the xenoestrogens, weight gain around menopause can be avoided.

Lotions And Shampoos Are More Potent Than The Things You Eat

It is startling to realize that most xenoestrogen exposure comes from things that are in contact with your skin. This is because anything on the skin goes into the body and bypasses the liver detoxification. In the drugstore, you can buy estrogen or nicotine patches. Estrogen or nicotine is delivered through the body when you put a patch on the body. The estrogen or nicotine diffuses through the skin and into the body. Similarly, lotions, shampoos, conditioners, laundry detergent, perfumes, deodorant, toothpaste, and cosmetics contact the skin. And the skin absorbs the chemicals and herbs that are in these products. Startlingly, anything on the skin is 10 times in potency to your body compared to what you eat because it bypasses your liver and goes directly into your body.

If you buy any product from us you will get a list of recommended products free of xenoestrogens both natural and synthetic. You also get a list of chemicals and herbs I have found to be estrogenic. Some of these herbs and chemicals have solid scientific background. However, some of these herbs do not have a solid scientific background and their inclusion is questionable. Other herbs that I have listed, I have observed to make my patients' weight gain during or after menopause worse consistently.

Taking a natural Progesterone can balance out the remaining xenoestrogens you cannot eliminate. There are five outcomes from taking progesterone:

1. You eliminate all xenoestrogens. You don't need progesterone. You become normal. Why? Xenoestrogens are causing your disease.

3. You ignore my advice about avoiding xenoestrogens, or eliminate them imperfectly. You still have strong xenoestrogens in your environment. You take progesterone. You get worse. This is explained below.

Do Not Take Progesterone And Xenoestrogens At The Same Time

The vast majority of women in America have a chronic xenoestrogen exposure. In order to protect itself, the body shuts 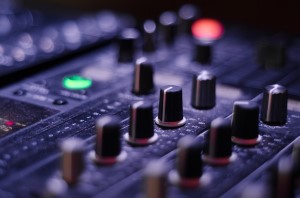 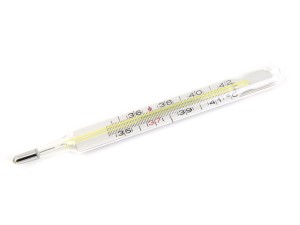 Hypothyroid patients usually have thinning hair, thinning eyebrows, fat on the belly and hips, feel loss of energy and ambition, feel tired, and feel cold. Usually, the elimination of xenoestrogens in the environment is enough to wake-up the thyroid receptor after 6 to 9 months. Temperature goes up to 98.6° F. Hair begins to thicken. Fat on the belly and hips begins to disappear without exercise and without diet.

The thyroid hormone is measured as to different molecules-T3 and T4. T3 has three iodines. T4 has for iodines. If you look in the periodic table and remember your high school chemistry, iodine and bromine are closely related. They have relatively the same size and valence electrons. It may be possible that Bromine may be able to substitute for iodine in T3 and T4. If this is the case that bromine can substitute for iodine in T3 and T4, this would render T3 and T4 useless to signal your body's metabolism. Abraham, M.D. head of Optimox Corporation has found that many of the side effects associated with iodine supplementation are really due to toxic bromine coming out of the body. Bromine is a poison that poisons your thyroid and thyroid receptor system. Bromine poisoning can lead to hypothyroidism.

When patients are given iodine, bromine is forced out of the body and into the urine. Abraham, M.D. measured the bromine coming out through the urine. Side effects associated with iodine supplementation is really due from bromine coming out of the body. Some of these side effects from bromine coming out of the body when giving iodine are racing mind, insomnia, foot twitching, tingling in the hands and feet, rash, mouth and nose sores, runny nose, headache, heart palpitations, bodywork, rash, vision changes, irritability, increased salivation, and transient breasts tenderness. The most disconcerting side effect is a sore thyroid. What is happening is that when iodine is taken bromine is forced out of the thyroid tissue and the thyroid cells begin to break up. When thyroid cells break up your body develops antibodies against them and you could develop a Hashimoto's thyroiditis. Therefore, it is important to take iodine very slowly at first to minimize the side effects of bromine detoxification.

For myself, I struggled with a low body temperature of 97 for 15 years. I myself, am a Medical Doctor. I went to 10 medical doctors for this problem of low temperature. They gave me thyroid hormone, but this did not fix the problem. Then, I started to take iodine. I had vivid dreams, insomnia and started to feel warm. Within two months, my temperature recovered to 98.2° F. After I got rid of most my bromine, the vivid dreams stopped and insomnia from the iodine also stopped. 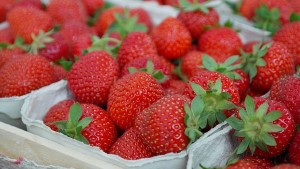 Vanadium seems to be able to act like insulin to maintain blood sugar levels in a healthy range. One study showed type II diabetics taking 50 mg of vanadyl sulfate twice a day. After four weeks, they had a set reduction in fasting blood sugar.

State of the Art Diet from Terry Shintani M.D. 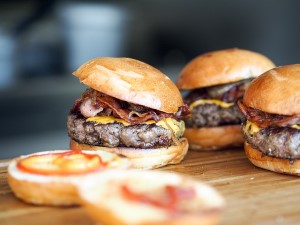 The stomach has receptors that senses whether or not it is full and the stomach walls are stretching. If the stomach is not the full, then your body believes that it is starving. And the body will slow metabolism slowing loss of weight. This is the problem with calorie limiting diets. Suppose a normal diet is eating a hamburger and a milkshake. You feel full. If you eat half a hamburger and half a milkshake, you feel hungry. This is because the stomach does not expand physically. Because you are hungry, this is a primal urge, and you start looking for other things to eat. Not only that, but because your body thinks it is starving, body metabolism is slowed and you don't lose weight very easily.

I have lost weight using Shintani, M.D.'s diet without exercise. No exercise is necessary to lose weight.

Summary For Fighting Weight After Menopause

Here the things you need to do to fight weight gain around menopause:

2. Take progesterone to balance out the xenoestrogens that you could not avoid.

3. Take iodine to flush bromine out of your system and because you are most likely iodine deficient.

4. Take chromium nicotinate 400 µg per day to increase the action of insulin. Take 10 milligrams of vanadyl sulfate as well because it acts like insulin.

I do have a Registered Dietician Nutritionist.  She does phone consultations.  Her name is Karen Bishop, RDN, LD.  You may see her here on her website.