The Making Of Progesterone

Willard Myron Allen, MD is widely credited as discovering progesterone. Allen was born in New York in 1904. He studied at Hobart College majoring in organic chemistry. Allen walked into the Dean’s Office of the University of Rochester in 1926 seeking admission to Medical School. He was interviewed by George Corner, Professor of Anatomy. Several more interviews later, he visited the Dean’s Office once more. The Dean had made several phone calls, and decided to admit him as a medical student. Allen thought that this atypical way to get into Medical School was entertaining as it “attracted attention”. Later that year, Dr. Corner invited him to do research on him.

The first rough draft with the effects of corpus luteum extracts were ready in the early summer of 1928, but Corner wanted to make sure the scientific conclusions were solid. Corner, an anatomist, decided to replicate the results himself and made the extract again from start to finish. Corner was astonished to find that his extract did not work. So, Allen drove all the way to the University and tried to find out together why Corner’s extracts did not work, and 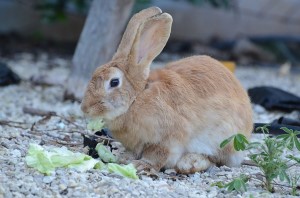 Allen’s did. Several months later, they realized that Corner had selected much smaller rabbits for testing than Allen had used. When mature rabbits were used, Corner’s corpus luteum extract’s worked just as well as Allen’s extracts. Allen showed that alcoholic exacts of the corpus luteum purified from phosolipids had a molecule that created progestational proliferation of the endometrium of the uterus. They took castrated female rabbits injected them with the corpus luteum extract, and the extract made a nice nest in the lining of the uterus for the embryo to implant in. Extracts of follicle fluid containing oestrin had no such effect. They concluded that extracts of the corpus luteum contained a special hormone that prepared the uterus for the reception of embryos into the uterus.

A female rabbit was mated with a buck rabbit. Rabbits ovulate 10 hours after mating. 18 hours after mating, they removed the rabbit’s ovaries being careful to preserve the fallopian tubes (as the embryos were in the tubes). Then, the corpus luteum extracts were given to the rabbit subcutaneously for the next 5 days. Corner then injected a salt solution into the uterus 5 days later. Out popped 6 day old blastocysts 1.5 mm in diameter. The corpus luteum extract had worked!

The experiments showed that using the corpus luteum extracts in rabbits with surgically removed ovaries, the embryos survive and grow normally with normal implantation. However, without this progestational proliferation, the embryos never survived more than 4 days. Thus, they concluded that the corpus luteum was an organ that secreted a hormone that made the uterus receptive and sustained embryo implantation and growth [2].

A year later, Allen had separated the precious oil from the corpus luteal extract into 3 fractions. One of these fractions looked “enriched”. Using a high vacuum apparatus, Allen was able to sublime the “enriched” white waxy material into a crystalline hormone.

In 1930, Corner and Allen decided to name the hormone “progestin” (later the name became progesterone). Corner considered patenting the hormone. However, the idea was put to death for two reasons. A hormone that occurred naturally by definition could not be patented. Secondly, to his credit, Corner believed that physicians should not personally benefit from a discovery that would benefit a sick patient. They felt no need to patent the process because they had received no money from the pharmaceutical manufacturers.

By 1933, Allen finally was able to isolate the hormone using high vacuum distillation. But Allen had two different crystalline extracts from two different batches that looked very different. These two forms later turned out to be pregnanediol and the “progestin” later named “progesterone”. Four groups of chemists now raced to isolate and determine the structure of the molecules. By the summer of 1934, Butenandt and Schmidt converted pregnanediol into progesterone. By 1935, Allen became the official delegate to the conference to the Health Organization to the League of Nations to set up the standard for sex hormones. They recommended that Allen’s new sex hormone be named progesterone. The crystalline form of progesterone should look like small crystal needles. [3]

Progesterone extracted from the corpus luteum is extremely difficult and time consuming, and therefore, very expensive to produce. The next link in the chain is the industrial production of progesterone in large quantities made very cheaply. The first person to do this is African American, Julian Percy PhD. His journey to produce large quantities of progesterone cheaply is most easily described by the Nova PBS special on the life of Julian Percy. The video is posted under Progesterone University Videos and will be uploaded onto our Youtube page. 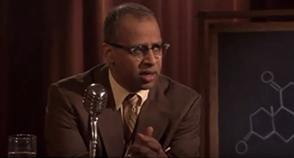