Migraines that Vary with the Cycle 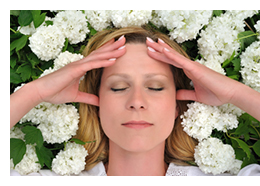 So if the migraine headache has a hormonal component then therapy must be in part hormonal. Most physicians do not recognize that the migraine may require hormonal therapy.

So if the migraine headache in question has a hormonal component then using natural progesterone can help.

However, if the migraine headache in question does NOT vary with your cycle, then progesterone cream will NOT help.

Dr. Eckhart,
Just wanted to let you know that I am no longer having headaches with my periods. I had told about the headaches on my previous report. I did purchase a bottle of butterbur on your recommendation. I'm happy to say that I did not have to use it. I have had 3 periods over the past 3 months (much more regular than I've been in quite awhile, by the way) and I did not have even a hint of a headache with any of them!

I have moved from the desert in eastern Washington to the west side of the state on the Long Beach peninsula. The reason for my move was because of my love to be near the Pacific Ocean. However, I am hoping that the environment will be healthier in regard to xenoestrogen exposure since I am no longer surrounded by farming and since there is an almost constant breeze of fresh ocean air!

Without a doubt, I will remain a faithful user of Progestelle. Thank you again for all your help.

Menstrual One Sided Migraine Headaches Lessened After One Month

Hi,
I wanted to tell you how happy I am with Progestelle. I have been using it now for just over 2 months and I feel great. I originally started using it to lessen my migraine headaches and it has really helped. If I get one, it is only one, and mild and goes away in about an hour or so. I'm hoping that they disappear completely as time goes on. Also, my periods are very regular which hasn't been the case for the past 2 years. Definitely the oil. No PREMENSTRUAL SYNDROME too!

I also want to tell you how nice it is to have a Dr. who actually responds to your emails and phone calls. You really sound sincere and take the time to explain everything. I've recommended the product to others who I'm sure will experience the same benefits as I have.

Dear Sir,
I have used your product for two months and my symptoms are greatly improved. The cysts were gone after 3 weeks, but returned just before my period with much less force, then gone after 2 days, monthly bloating and mood swings is much improved, cramping is almost gone, periods went from 21 days to 25, and best of all my libido is back as strong as ever. My husband is as thankful as I am. My one sided migraine headaches are better, not as severe, but I am hoping they will soon be gone. They were so bad I had blood in my eyes and face afterwards. The first month after your product the menstrual one sided migraine headache was barely there but lasted 2 days, the 2nd month I forgot and ate oregano and had a hard one but not near as bad as I have in the past, and it was gone the next day.

I just ordered more and I am hoping things will continue to get better.
My 8yr old daughter has been avoiding everything on your list, but so far there is no improvement. I got rid of everything beauty product wise, and I am trying to see that she gets the right foods, but with other people giving her things, when I'm not there, it's hard.

Thank you for your product, and the info.
Laura H - Wilson, Oklahoma

No Migraine This Month

Dr. Eckhart,
It was an instant success!!!! No Migraine, this month! I can hardly believe it!!!
Thank you for this wonderful product!!!

Some patients increase the progesterone every day until she reaches a crescendo right when the migraine is supposed to appear.  This seems to work well for them.

Side Effects Of Progesterone Cream

It is because everything you put on the skin including laundry detergent, soap, cosmetics, toiletries, lotions, and deodorant is potentially a drug. Many of the chemicals can act like estrogen. There are also natural herbs rosemary and lavender as well as others that can actually act as like estrogen as well.

Chronic estrogen exposure causes down regulation in the estrogen receptor. The estrogen 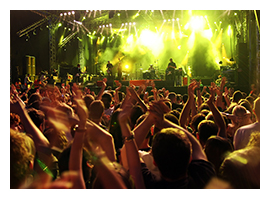 receptor becomes "sleepy." Thus, chronic estrogen exposure makes you less sensitive to estrogen. It is like going to a noisy rock concert. Initially, the rock concert seems very loud. Then, after half an hour the rock concert doesn't seem so loud anymore. The noise level has not changed. However, your sensitivity to the noise has gone down. Your ears have down regulated.

So There are Five Possibilities Taking Progesterone Cream:

1.  You take progesterone cream simultaneously with many strong xenoestrogens. Your headache will get much worse.

2.  You take progesterone cream simultaneously with few weak xenoestrogens. Your migraine headache will get much better or disappear completely.

Again, if the migraine headache DOES NOT vary with the cycle then progesterone therapy and avoiding xenoestrogens will NOT help.

Xenoestrogens Cause Migraines Synched To Your Cycle 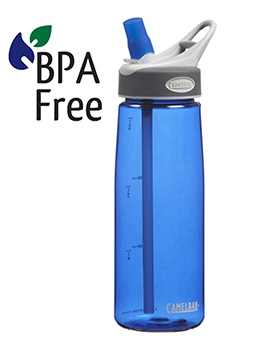 For instance, in April 2008, Walmart announced that it was immediately halting the sales of baby bottles, sippy cups, pacifiers, food containers, and water bottles made with BPA in its Canadian stores. The US national toxicology program highlighted that BPA, used to make plastic, could cause behavioral changes in infants and children and trigger the early-onset of puberty in girls. However, BPA is only the tip of the iceberg. There are many other chemicals that have hormone disruptive effects. And these chemicals can cause worsening of your migraine headache when acting in synergy with your own endogenous hormones. 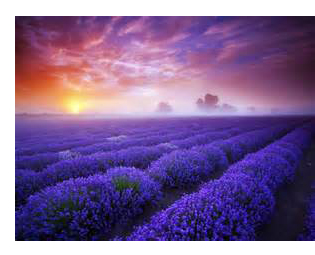 Typically, it takes one to three months for anything put on the skin to wash out of the body. But after going on a program of strict avoidance of xenoestrogens you should see some improvement after about a week. There may be as many as 20 compounds that are estrogenic that you're putting on the skin. However if you only get rid of 19 of those 20 compounds that are creating migraine, then you may NOT see any effect. That one compound that you did not get rid of will prevent you from seeing improvement in your migraine headache. That one chemical or herb will torpedo your whole effort of reducing your migraine headache severity.

Thus, it is extremely important to be very detailed in avoiding chemicals and herbs that act like estrogen on the skin. Even going to the grocery store and washing your hands with the soap in the washroom can sabotage your whole effort to decrease your migraine severity.

Since 1999 to 2014, I have been compiling a comprehensive list of xenoestrogens to avoid and if you buy a product from our company you'll get this list, as well as a safe list of products to use. When you first start out please be sure to be extremely strict and only use products from the safe product list. Deviation from this product list will result in the whole therapy not working. This approach is not for everyone. 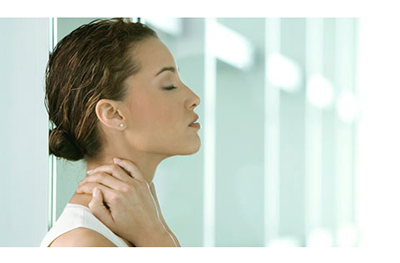 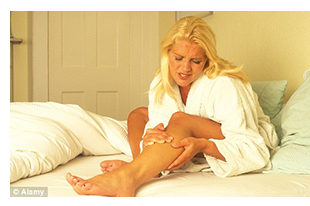 feel like you need to move your legs at night. They may also feel like a creepy crawling sensation on your legs, or may feel like a burning sensation on your legs. You may or may not have these sensations. The severity of the sensations may also vary on a scale from 1 to 10. It will depend upon how potent the xenoestrogens are, how many xenoestrogens you are taking, as well as the severity of the vitamin B deficiency that you have. If you have malabsorption or are a vegetarian, the vitamin B deficiency will be worse.

So vitamin B 100 is fairly non-toxic.

Jonathan Wright, MD of the Tahoma Clinic has observed in several hundred patients that iodine helps the body convert strong estradiol and weak estrone to weak estriol.  This conversion of both types of estrogen that naturally occurs in the body to estriol is thought to help decrease xenoestrogen sensitivity.  It is the synergistic action of estradiol and xenoestrogens that causes estrogen dominance and increased migraine headaches.  Conversion of estradiol to the “weak” estriol decreases the synergistic action of the estradiol and xenoestrogens.  Estradiol is the strong estrogen that signals the body to produce breasts and hips.  Estriol is the weak estrogen that competes for the estrogen receptor with estradiol.  Estriol goes up 100 times during pregnancy.  So if your headaches got better during pregnancy, estriol is likely the reason why the migraines improved.

It is important to take either Lugol's iodine or Iodoral. This is because both of these forms of supplementation for iodine containing ionic iodine and atomic iodine. If you just take kelp, you only get one kind of iodine, and so kelp is not preferred way to supplement. In addition, Gaia herbs believes that it is very difficult to find uncontaminated kelp.

Side Effects of Iodine are REALLY Bromine Toxicity 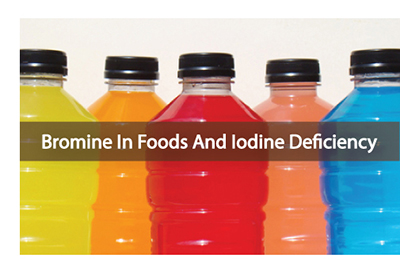 Bromine coming out of the tissues looks like a frontal sinus headache, acne, hair falling out, heart palpitations, vivid dreams, confusion, and in one out of 400 patients a sore thyroid. The sore thyroid may be from thyrocytes breaking up (thyrocytes are cells in the thryoid). Then your body can develop antibodies against the thyrocyte innards. This can lead to a Hashimoto's thyroiditis.  So if you get a sore thyroid taking iodine, stop the iodine immediately, or else you can develop a Hashimoto's thyroiditis.

To see the list of top Natural Supplements used for Migraines that do NOT vary with the menstrual cycle, go to www.nomigraineheadache.com.

Emotional and Spiritual Components that Contribute to Migraine Headaches

If you get rid of fear and guilt, the migraines will also stop.  For instance, you may have an argument with you husband about money.  The argument with your husband causes fear.  The fear leads to increased histamine. Then, after the argument, you want to be nice, so you feel guilty about the argument.  This leads to decreased serotonin.  Then, you get a migraine headache.

Get rid of the fear and gult and the migraine headache will disappear.  The best place to learn how to do that is to do the one week seminar at Pleasant Valley Church at www.beinhealth.com.

1.  Get rid of Xenoestrogens especially on the skin.  Buy any product from us and get a tried and true NO-NO list of xenoestrogens to avoid.  Also get a list of recommended products free of xenoestrogens.  We have had an avoidance list since 1999.  I looked through 500 shampoos and could only find 3 shampoos that were acceptable.  Get the List, Really.

4.  Take Vitamin B in the morning.  Xenoestrogens cause a Vitamin B deficiency with neuropathy.