A hormone is simply a chemical messenger. In all living animals and plants, hormones signal the living organism to command them what to do. The nervous system, endocrine (hormone) system, immune system all use hormones to regulate body function and command behavior.

Endocrine Disrupters Mimic Your Hormones - How They Work 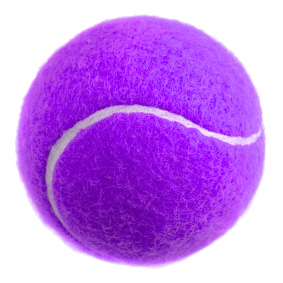 the hormone tells the receptor what to do.

Xenoestrogens or Endocrine Disrupters compete with your own natural hormones to bind into the receptor. Picture a purple softball that represents the xenoestrogen or endocrine receptor. Picture the white baseball competing with the purple tennis ball for baseball glove. Whether or not the baseball glove captures a white baseball or purple tennis ball will depend upon the relative numbers of each ball.

Chemicals or herbs can also increase estradiol, alter their receptors or protein carriers, or alter the way estradiol is broken down. For instance, 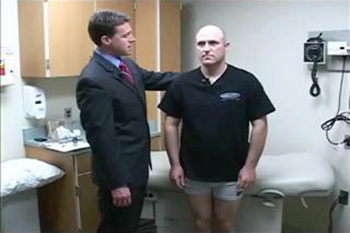 coffee, cocoa butter in food and on the skin, and chocolate can increase estradiol levels in a women. Several cups of coffee can increase estradiol levels by 70% according to a Brigham Young University study. In addition, if the woman has fear / stress / anxiety, she has impaired excretion of all chemicals including estradiol, and coffee. The estradiol levels have been observed to be much higher than 70%, anecdotally perhaps 300%. Typically a woman that has fear / stress / anxiety canNOT drink coffee at night because it keeps her up all night. What she is really saying is that she canNOT excrete coffee and the associated caffeine. These women have increased allergies, an extreme sense of smell, get sea sick when on a boat in the ocean, have an abnormal Romberg test. It is not one or zero for these women. These women may have involvement from 1 to 10. A Romberg test is when you put your feet together, stand on your tip toes, and close your eyes. An abnormal Romberg is when you wobble. Again, it is wobbling from 1 to 10, not 1 or zero. You can compare yourself to a healthy young teen. As you remove the fear / stress / anxiety, the allergies, hyper sensitivity to smell, sea sickness, and Romberg test will improve. Usually, I recommend going to the www.beinhealth.com week long seminar to reduce fear / stress / anxiety. They go through getting rid of bitterness, unforgiveness, jealousy, anger, envy, and the last thing to go on Friday is fear.

Natural Herbs Can Mimic Your Hormones 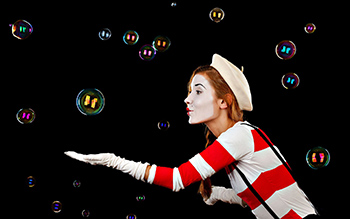 It seems that anything with a benzene ring or a phenyl group in the molecule can go into the estrogen receptor and cause mayhem. Alkyl phenyl groups in use in house hold chemicals, cosmetics, and toiletries are ubiquitous. You may further read about them at the Tulane University website.

Most of the scientific research over the last 30 years has focused on chemicals and herbs that affect the estrogen receptor. However, there are other chemicals and herbs that affect the thyroid and androgen (testosterone receptor). One chemical, vinclozolin, a fungicide, goes into the testosterone (androgen) receptor and blocks it. Giving Vinclozolin produces males with malformed organs and female traits. Pulp and paper mill waste flowing into water caused masculinization of female fish.

Endocrine disrupting chemicals may alter the communication between different organisms. For instance, soy and beans, in general, release chemicals in their root systems to attract and modify the expression of genes in special bacteria. These specialized bacteria are needed by the plant to fix nitrogen. DDT and herbicide 2,4-D can block these signaling hormones and hamper these essential bacteria.

Some endocrine disrupting chemicals have been associated with reproductive and developmental effects in wildlife and laboratory animals. It is most 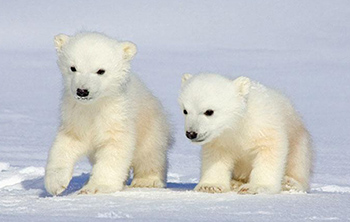 problematic among apex species. Apex species are top of the food chain predators. The chemicals are gathered by plankton. The plankton are eaten by small fish, then larger fish. The larger fish are eaten by seals. The seals are then eaten by polar bears. At each step, the concentration of the endocrine disrupting chemicals has increased. Finally, the polar bears are having reproductive problems. Killer whales and dolphins have the same problem. Their flesh is considered to be toxic waste by the Canadian Government because of the high levels of toxic chemicals and heavy metals.

Recently, the new idea is that certain synthetic chemicals can interact with chemical messengers even though they were not originally designed for that purpose in mind. For instance, a 1938 study demonstrated that synthetic bisphenol A could mimic estrogen.[2,3]

Other synthetic chemicals were specifically engineered to disrupt hormone systems. For instance, birth control pills were designed to mimic natural estrogens and natural progesterone. Many pesticides were designed to kill insects and weeds by intentionally targeting hormone and immune signaling systems. Obviously, other chemicals may unintentionally disrupt hormone and immune systems. This should come as no surprise.

In the early 1960’s, Rachel Carson’s book “Silent Spring” highlighted pesticides contaminating water, soil, wildlife, and humans. There were die offs, thinning egg shells, and cancer. Again, she pointed out that the most problems occurred with animals at the top of the food chain that concentrated toxic chemicals from their prey. It was not clear at that time that some of these chemicals were hormone disruptors. Theo Colborn’s book “Our Stolen Future” is landmark book about the hormone disruption that is occurring. 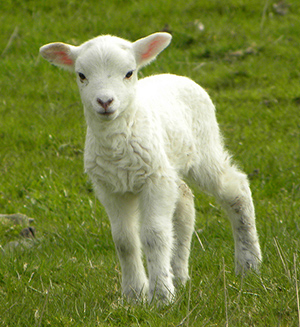 Australian farmers reported still births and infertility from sheep eating hormone disruptive clover and deaths from cows eating moldy feed. Plant estrogens known as phytoestrogens are to blame. Bill and bone deformities in gulls along with strange reproductive habits and dead chicks in gulls were tied to hormone disruptors. In Florida, declining populations of gators were linked to small penises in male alligators with xenoestrogens in the pesticide contaminated lakes. DES a synthetic estrogen given to women yielded uterine deformities and hard to find vaginal cancers. In England and Colorado, fish in rivers below sewage treatment plants outflows had a higher percentage of females and hermaphrodite fish as compared to fish living above the sewage treatment plant. Laboratory tests showed that many plastic additives stimulated breast cancer cells sensitive to estrogen to grow in the test tube.

By the 1990s, momentum for an underlying theory of endocrine disruption was growing. You can read more about this in the book “Our Stolen Future” by Theo Colborn, PhD. Theo Colborn convened the first conference on hormone disruption in 1991 in Racine, WA. The consensus statement was that synthetic chemicals could interfere with the animal hormones and people hormones. Babies were the most at risk. Government reports and more consensus statements continued throughout the decade. Governments responded by forming expert panels to assess the risk and develop testing and screening programs. However, little progress was made because of the difficulty and politics of testing the chemicals. The Stockholm Convention on Persistent Organic Pollutants signed and ratified by the most of the world countries in 2002 was an effort to get rid of the worst chemicals.

DDT and industrial PCBs are banned. But many of these chemicals are long lasting and are stored in the fat. Also there are industries such as the cosmetics, toiletries, and pesticide industries that are actively resisting any change in the status quo because such regulation hurts their business. These chemicals are ubiquitous and are in everyday products. They are active at parts per billion, a minuscule amount. Bisphenol A (BPA) is found in plastic bottles. BPA is found to leach from the varnish in cans of food, and dental materials. Phthalates keep plastics in children’s toys soft and pliable. Phthalates are also found in cosmetics, drugs, paints, and plastics. Polybrominated biphenyl ethers (PBDEs) used as fire retardants are found in furniture foams and even in the plastic in my computer. PBDEs don’t even work well as fire retardants. PDBEs were added to furniture by cigarette companies inserting their “experts” into fire martial committees. The “experts” were not even qualified. The cigarette companies were trying to deflect attention away from themselves causing fires in homes and apartments. There was a call for them to design a self extinguishing cigarette, but they did not want to change their formulation. So, they got fire retardant legislated into furniture foam instead of developing a safer cigarette. The fire retardants didn’t even work as fire retardants well. Now, the fire retardants are found in people’s blood and fat and are now found to be a hormone disruptors. Europe has limited the use of fire retardants. California is also trying to limit fire retardants.

Not everyone is in agreement that synthetic chemicals pose a threat to reproductive and developmental health. The people that oppose this view are typically the ones making the chemical or herb for profit. The science that chemicals and herbs can disrupt hormones is quite clear. However, the exact mechanism and exact effect of each chemical or herb needs to be detailed, and there is a call for more research.

I believe that the individual can do the 20% effort to get the 80% effect by changing the products that are used on the skin. Anything on the skin is ten times the potency compared to what is being eaten. If you purchase any product from us, you will get a booklet that explains the most common chemicals to avoid as well as a list of recommended products that are likely safe to use.

3. Dodds EC and Lawson W. 1938. Molecular structure in relation to oestrogenic activity. Compounds without a phenanthrene nucleus. Proceedings of the Royal Society. London B. 125:222-232.