John Lee M.D. in his book dispels the myth that estrogen loss is the major hormonal factor in osteoporosis in women [1]. Significant bone loss occurs during the 10 to 15 years before menopause, when estrogen levels are still normal. In the United States the highest bone mass and women occurs in the mid-30s. When women arrive at menopause, osteoporosis has already occurred. John Lee M.D. believes that the major factor in osteoporosis is a lack of progesterone. The lack of progesterone causes a decrease in new bone growth. Further, he believes that in women with low bone density progesterone can increase bone mass and density and possibly can reverse osteoporosis. He gives several case studies.

The first case study that John Lee M.D. mentions is a 72-year-old woman that came to see him in 1982. She fractured her arm lifting her ill husband and found to have severe osteoporosis. She has followed a good diet and thought she was healthy. She refused fluoride treatment for her doctor, but want to try progesterone skin therapy. After the first six months, bone tests did not show improvement. She was using cimetidine (a drug suppressing gastric acid) and was taking antacids. Her indigestion was actually caused by suppressing gastric acid and preventing calcium absorption according to Dr. John Lee. Dr. John Lee asked her to discontinue her meds and continue with progesterone. Indigestion disappeared. Cimetidine and antacids were now gone, and calcium was being absorbed. The persistent pain in her fractured arm disappeared. Bone density increase from 0.6692 to 0.865 in less than three years of progesterone therapy. Bone density above 0.9 is considered to be good bone density prevent fractures. Dr. John Lee followed up with this woman when she was 85 years old, she had continued to do well using progesterone cream.

The second case study that John Lee M.D. mentions is a 70-year-old woman that had developed a very painful back from a spinal fracture. Severe osteoporosis was revealed by bone density measurements. This woman on previous occasions had prided herself on a healthy diet and youthful looks. She was shocked that she had developed severe osteoporosis. Her husband and son were both physicians. They and her own doctor were convinced that John Lee M.D.'s thoughts about bone building and progesterone were false. John Lee M.D. sent her a copy of his treatment protocol. 16 months later she sent Dr. John Lee copies of her bone mineral tests. The tests demonstrated an increase in bone mass density of 23% and 16 months. She was overjoyed to report that her husband, son, her doctor, and the radiologists were surprised and now were using progesterone in their practices.

My Own Experiences: Progesterone And Osteoporosis

From 1999 to 2014, I've had 20,000 patients using natural progesterone. However, I have not treated osteoporosis because of the controversy associated with this disease. Out of the 20,000 patients, I have had maybe only three patients increase their bone density using topical progesterone from 20 to 60 mg per day. Unfortunately, I do not 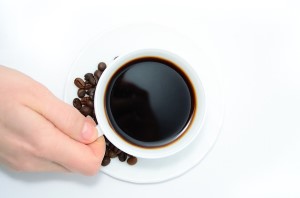 have Dr. John Lee's protocol that he used. Is interesting to note that the three patients that had increased bone density were all very allergic. Patients that are very allergic usually have the impaired ability to excrete all chemicals. This can be easily confirmed by lab test. Usually, a 500 mg dose of caffeine is given orally. Then, 24 hours later, blood samples can be drawn and the level of caffeine in the blood assessed. If the level of caffeine in the blood is the same as a normal person that is not allergic, then the ability to excrete chemicals is not impaired. However, very allergic patients almost always have an elevated caffeine level in their blood 24 hours later. This indicates that the patient has difficulty excreting drugs. Now, instead of giving this blood test, I simply asked the patient, "If they drank a cup of coffee would it keep them up all night?" Usually, a very allergic patient would usually answer, "Yes, drinking a cup of coffee would keep me up all night."

Therefore, these three of the patients that took 20 to 60 mg per day of natural progesterone topically had increase bone density because they were retaining progesterone.

I suspect that you have to give higher levels of progesterone topically to increase bone density. You must also ensure that the patient is absorbing calcium in the gut. Frequently, patients have malabsorption. After some types of meals, patients feel bloated. This indicates a deranged absorption of the gut.

It is common knowledge that women do not have a decrease in bone density during pregnancy. Their bone density remains constant throughout pregnancy despite putting a lot of calcium into their babies bones. During pregnancy to hormones go high. Progesterone goes high. Estriol goes high. During one day of third trimester of pregnancy, the woman's body produces 400 mg of progesterone per day.

I would like to refer you to Glenn at ihsite.com to fight osteoporosis.  Glenn claims to have worked at John Lee, MD's clinic for 10 years, and claims that he fights osteoporosis on a regular basis.  He believes in alkalinizing the body.  If the body is too acidic, then the bone cannot be built up in the body.