Each drop of Progestelle contains 0.6 mg of progesterone.

One dropperful with 2 inches of oil in it contains about 20 mg of progesterone.

A normal dose for a woman may be anywhere between 20 to 60 mg/day of progesterone depending upon the condition being treated. The progesterone starting material TO MAKE THE PROGESTERONE is from yams. THERE IS NO YAM EXTRACT IN PROGESTELLE.

In 1999, I treated my 70 year old mother for a softball size fibroid in her uterus. She was taking Premarin. Premarin is an estrogen made from pregnant mare’s horse urine. Premarin 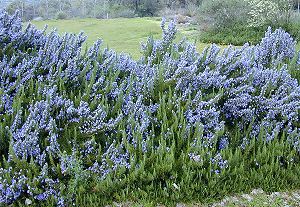 The company answered, "A phytoestrogen is a plant that acts like an estrogen. We put the phytoestrogen in the progesterone cream for hot flashes and night sweats."[1]

I began to ask all the compounding pharmacist to give me their formulation for progesterone cream. I found that many of the progesterone creams had preservatives that acted like estrogen when put on the skin. For instance, parabens are not carcinogenic, not toxic, well tolerated when taken orally. However, when parabens are put on the skin and absorbed they made rat uteri increase in weight by 30%. This is because whatever is taken orally is first pass 90% inactivated by the liver. However, when you put something on the skin and goes directly into the body and bypasses the liver. So, most people who think that parabens are not estrogenic or do not have estrogenic effects are quoting of the oral estrogen effect data. However, if you're using parabens on the skin you have to use the experimental data that uses parabens on the skin.  When parabens are used on the skin in the concentration used in lotions they will increase rat uterus size by 30%. Then, I began to look at the things of department store. Lotions, shampoos, deodorant, cosmetics, all had chemicals and herbs that were hormone disruptive. Some of these chemicals and herbs mimicked estrogen but did not show up on the hormone test. This is why women have high levels of breast cancer, fibroids, ovarian cysts, and breast cysts. You can read breast cancer and chemical estrogens at breastcancerfund.org.

A cream is just water and oil mixed together. To keep water and oil mixed together, you have to add an emulsifier. Then, you have to use a thickener. To keep bacteria from growing in the water, you have to have a preservative. Frequently, the emulsifier smells bad, and you have to add some kind of fragrance to cover up the smell of the emulsifier. All these chemicals, even if they are natural frequently seem to have some hormonal disruption capabilities. Finally, after a year I had something. I called up John Lee, M.D. before he passed away. He actually answered the phone and I explained my predicament. I told him the safest thing I could use for emulsifier was soy lethicin. He started yelling at me over the phone.   He didn't like soy.  I apologized. I could not find a satisfactory progesterone cream formulation after an entire year.

Discouraged, I called up Zava, PhD.  Zava, PhD runs ZRT laboratories which does saliva hormone testing. He suggested that I just put progesterone in coconut oil. So, that is what we have.  We have progesterone and coconut oil.  We treat the most severely ill patients.  However, they must avoid all other chemicals or herbs that are hormone disruptive on your skin for it to work. Otherwise, these herbs and chemicals will interact with progesterone and actually cause the disease that we're trying to treat. So, I began to catalog and research which chemicals and herbs mimic estrogen to make my endometriosis patients, breast cyst patients, ovarian cyst patients, PMS patients, fibroid patients worse. The result is an extremely pure formulation of progesterone administration, and a list of chemicals and herbs to avoid, and a list of recommended products that are free of chemicals or herbs that are endocrine disruptors. It does no good to do a hormone test if you are putting an estrogen mimic on your skin that does not show up on the hormone test.