After the age of 35 years old, most people become hypothyroid. Why? Many of the laundry detergents, cosmetics and toiletries 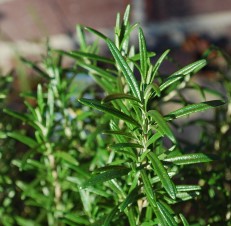 The second reason why you have hypothyroid is because you have an iodine deficiency and are poisoned with bromine. Bromine is an element in the same column of the periodic table and can replace iodine in your body. Bromine can displace iodine in enzymes and hormones making these enzymes and hormones not work correctly. For instance, it may be possible for iodine in T3 to be replaced by bromine. T3 is thyroid hormone. There are three iodines in T3. T4 is also thyroid hormone. There are four iodines in T4. T3 is the active form of thyroid hormone and is more potent than T4. It may be possible for bromine to substitute for one of the iodines in T3. So instead of three iodine's in T3 you may have two iodines and one bromine instead. It may be that the thyroid tests cannot differentiate between a T3 with three iodine's and a poisoned T3 with 2 iodines and one bromine. The poisoned T3 with two iodine's and one bromine may not work correctly in your body.

3. Chemicals in our modern life can block the thyroid receptor.

Other less common reasons for hypothyroidism are diseases, chemicals or herbs that prevent or impair the conversion of T4 to T3. For instance, diabetic type II patients typically may have more difficulty converting T4 to T3. I did have one patient that gained weight, had viral sores in the back of her throat, and had a tendon that ripped after taking a course of ciprofloxacin. What happens is that she wiped out the normal flora of her gut. The normal flora of her gut was replaced by a bad bacteria. This bad bacteria caused by malabsorption. The malabsorption caused impaired absorption of sulfur which caused weakening of her tendons.  She ripped her tendons.

Also, it is well-known that pig farmers give antibiotics routinely to pigs to replace their bacteria with another type of bacteria causing a diabetic type II syndrome in the pigs. The takes gain weight rapidly because of the antibiotics. This same effect can be happening in some of my patients. Antibiotics can cause bad bacteria to take over the gut and cause a diabetic type II picture making them gain weight just like the farmed pigs.

Hypothyroid literally means "low" thyroid. Hypothyroid means loss of hair and thinning hair. Gobs of hair may fall off your head in the shower. Eyebrows may become thinned. Underarm hair may take a long time to grow back once it is trimmed. The most diagnostic sign is low temperature. The normal temperature of the human body should be 98.6 Fahrenheit. However, for 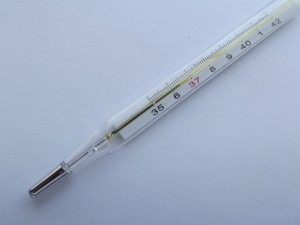 You may feel sluggish, lack energy, and tired with hypothyroid. You may also have a foggy brain but not always. you may have fat build up around your belly and on your hips. It seems that no matter how you diet and exercise you just can't seem to get rid of the fat on your belly. The fat just doesn't come off. You need to get rid of xenoestrogens and correct the hormone imbalances before you diet or exercise.

Too much estrogen known as estrogen dominance tells the body to build up fat for the pregnancy. Xenoestrogens are chemicals and herbs that mimic estrogen. Not only do they look like estrogen to the body, but they are also strange and weird estrogens. They kind of act like estrogen in many ways but fit into the estrogen receptor strangely and stimulate the estrogen receptor receptor strangely. They are able to do this by reducing your sensitivity to thyroid hormone. Thus, you begin to look hypothyroid.

Hypothyroidism Is Epidemic After Age 35

Progesterone interact with xenoestrogens and your own estradiol. There are five possibilities:

1. You completely eliminate xenoestrogens and not take progesterone. You become normal. Your hypothyroidism disappears.

2. You take weak xenoestrogens and take progesterone. You become normal. Your hypothyroidism disappears. 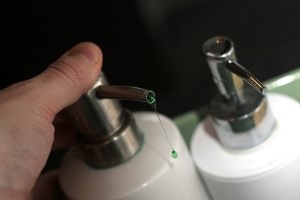 Many times progesterone creams contain ingredients that are estrogenic to control hot flashes. However, these same estrogenic ingredients will exacerbate breast cysts, fibroids, and ovarian cysts. These same ingredients are usually found in common cosmetics and toiletries found in the health food stores and in conventional department stores. This is likely why there is epidemic of breast cancer. Click here to download the "state the evidence" from breast cancer fund.org.

Progesterone found in health food store progesterone creams are not the same as progestins. Progestins are synthetic progesterones that are chemically modified from progesterone. Why are they modified? They are modified because they can be patented. Once these progestins are patented, then this allows the patenting company to charge exorbitant amounts of money for them. Then, you can make large amounts of profit. The large amounts of profit are used to buy TV and magazine advertising. The large amounts of profit are also used to buy drug representatives to foist the patented drug on unsuspecting doctors. A drug representative makes at least $100,000 a year. The research required to bring a drug to market may cost hundred million dollars. Who would want to pay $100 million for non-patented drug. There there is no way to recoup a cost of the hundred million dollars for a non-patented drug.

Which would you rather use?

Most Americans according to Brownstein M.D are deficient in iodine. This is especially true for people living in the Midwest near the Great Lakes. Iodine is found in seawater. However, the glaciers that scooped out the Great Lakes also scooped out the soil that contains iodine. Therefore, the Midwest near the Great Lakes is deficient in iodine. During the mid-1800s, there was a goiter belt around that area. A goiter is an enlargement of the thyroid gland. The enlarged thyroid gland means that you are deficient in iodine. Iodine supplementation of table salt was instituted as a public health measure and the goiters disappeared. This was a triumph of the public health system. However, the amount of iodine in table salt is just enough to stave off goiter and is not enough for optimal functioning of the human body. Abraham M.D. believes that the optimal amount of iodine for the human body is 10 mg a day based upon iodine intake of the Japanese people. Complicating the iodine deficiency, is the issue of bromine toxicity. 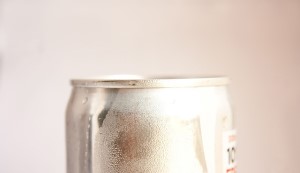 Bromine can be found in soft drinks, sports drinks, commercial bakery products, sleep aids, and asthma inhalers and brominated swimming pools instead of chlorinated swimming pools. Bromine may be able to substitute for the iodine in thyroid hormone rendering the thyroid hormone impotent. Bromine is stored in the tissues of the body. There have been some patients that are hypothyroid and when given thyroid hormone nothing happens. However, when iodine is given to these patients, bromine will come out of the body resulting in toxicity. Then, when finally all the bromine is flushed out the patient becomes normal. Fatigue disappears. Fat disappears. Hair grows back.

When taking iodine, bromine is forced out and patients get to have bromine toxicity. Many people blame iodine. Please do not blame iodine. Blame the correct villain bromine. Bromine can have the following symptoms eyelid twitching, foot twitching, tickling in the hands and feet, heart palpitations, sinus acne, metallic taste, headache, loss of hair, increase salivation, dream changes, kidney pain, strange odor, frequent urination, and irritability. These changes and toxic reactions are not from iodine but from bromine toxicity. I suggest starting out with very small amounts of iodine of 3 mg or less slowly ramping up 5 mg per week all all the way to 50 mg per day for 3 to 4 months. Then, maintain at 10 mg per day.

Chemicals Can Cause Thyroid Receptor Blockage

Some chemicals go into the thyroid receptor, fit into it and do not stimulate the receptor effectively blocking the thyroid receptor. One common chemical that does this is triclosan. Triclosan and is found in 75% of the antibacterial soaps and is a known thyroid blocker. In some cases, triclosan is directly used in the formulation of plastic drawers in refrigerators to discourage mold and spoilage. Triclosan may also be used in plastic cutting boards. These thyroid blockers cause hypothyroidism and do not affect the thyroid hormone levels. Thyroid hormone levels are normal.

Fear / Stress / Anxiety Impairs the Body's Ability to Detoxify Itself

In addition, fear, stress, and anxiety can impair the body's ability to eliminate chemicals from the body.  Fear, stress, and anxiey increases histamine levels and interleukin 6 levels in the body and changes the biochemistry of the brain.  Biochemical changes in the brain affect body chemistry.  The hallmark of fear, stress, and anxiety is a hypersensitivity to smell or loss of smell.  Patients complain that perfumes make them sick or they cannot walk down the detergent aisle of the grocery store.  They may get sea sick if they travel in a small boat in the ocean or take an amusement park roller coaster.  They typically, are more sensitive to drugs than their peers. If they drank some coffee before bedtime this would keep them up at night.  What this is indicating is that their ability to excrete drugs is impaired, and their ability to excrete xenoestrogens put on the skin is also impaired.  Their Romburg test is abnormal.  The Romburg test is a neurological exam. Put your feet together.  Close your eyes.  Stand on you tip toes.  Do you wobble?  Then, the Romburg test is abnormal.  One or all of these symptoms may be present.  Also these symptoms may be present and vary in severity from 1 to 10.  These symptoms are NOT black and white, but are present in degrees.

The degree to which you are stressed out will be directly proportional to how easy it is to excrete chemicals.  To release stress, I recommend going to the Pleasant Valley Church one week seminar at www.beinhealth.com.