Every woman in industrialized Western countries knows what "change of life" means. Change of life means menopause. They know from their mother, or older sister. There are stories of hot flashes and night sweats, mood swings, vaginal dryness, vaginal shortening, vaginal decrease in circumference, pain on intercourse, sagging breasts, fatter belly and hips. There is loss of sex drive and loss of sexual enjoyment. Older women have osteoporosis with fractured vertebrae and bent backs.

However, there are other older woman who are vigorous, active, and full of life. What makes the difference between becoming decrepit and becoming vivacious? What can be done? Menopause is not a disease. It is a large segment of your life were you do not need to be worried about monthly periods and the possibility of becoming pregnant. Intuition tells women that menopause is not a mistake of Mother Nature. Women in other countries that are not industrialized seem to make this transition easily and without any particular problem. Why is this so?

Some laypeople insist that menopausal changes in ages past are due to short lifespans. They believe that nature intended women to simply die when 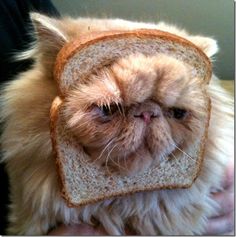 they can no longer carry children. They imply that are average longer lifespan is due to our food abundance and improved medical care. This is a silly argument.

Another common argument is that women are simply not tough enough. However, this is also a silly argument. Many women accept the pain of childbirth and tribulations of pregnancy with great stoicism. However, when the same person is extremely stressed by hot flashes, night sweats, mood swings, depression, and the fear of osteoporosis, a compassionate doctor should listen with avid attention.

Our present treatment of menopausal symptoms is simply not adequate. Our treatment with supplemental synthetic brand-name estrogen may 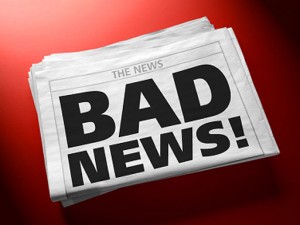 Our mainstream medicine today focuses on profits and big business, and treating the symptom, not the cause. In the past, conventional medicine concentrated on physical, nutritional, environmental, emotional, and spiritual factors. However, today's profit driven medicine focuses on taking a magic pill and going on about life just as you would want to without asking why these things are happening. Mainstream medicine focuses on diseases as symptoms become apparent. Mainstream medicine does not focus on prevention. The majority of diseases in the United States are from preventable causes. The new England Journal of Medicine states that preventable illness makes up 70% of the burden of disease.[1]

30 million women in America are menopausal. What is astounding is that a perfectly natural part a woman's lifecycle, menopause, is now considered a disease. Why? The answer is money. Synthetic brand-name estrogens were one of the top selling prescriptions the United States, that is until the 2002 women's health initiative (WHI) showed that this particular brand-name synthetic estrogen and progestin increase the risk of breast cancer, strokes, and gallbladder disease. In 2001, this particular drug was $2 billion in sales. After the WH I study, sales have dropped. Why? Previous studies of this particular brand-name synthetic estrogen were funded by the pharmaceutical company. The reports, of course, were glowing. The WHI study was federally funded.

John Lee M.D. wrote 1995, "a large percentage of advertising and research dollars are spent trying to convince women that action will cure 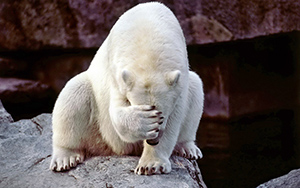 everything from heart disease to Alzheimer's, but there is scant evidence for any of these claims and reams of evidence that synthetic estrogens are highly toxic and carcinogenic." The WHI study in 2002 confirmed his observations.

Remember the synthetic brand-name estrogen called DES? DES was a synthetic brand-name estrogen that was supposed to guard against miscarriages, and was supposedly safe. Hundreds of thousands of women discovered the hard way that DES caused cancer in their children. And who can forget Thalidomide? Thalidomide was given to pregnant women, and it was deemed safe, and it caused limb malformations in 10,000 children across the world. Are we repeating the same mistakes as physicians prescribe synthetic brand-name estrogen and progestin replacement for women in menopause? There is a clue when only 10 to 15% of menopausal woman choose to use conventional HRT despite their enthusiastic recommendation by their physicians. I highly suggest reading the book,"What Your Doctor May Not Tell You About Menopause" by John Lee, M.D. to read about more of the details.[1]

Simply put, menopause is when you're menstrual cycle stops. Believe it or not, the hot flashes, night sweats, vaginal dryness, mood swings, thinning hair, male pattern hair loss, are characteristic of industrialized countries and are not found in agrarian cultures. In these "primitive" cultures, there is a quiet celebration as the woman is respected for her wisdom, and self awareness. Menopausal woman are revered and respected. This is the complete anti-thesis of the American culture. Why? I think it's because of poor lifestyle, poor nutrition, degraded environment, profit driven advertising, and most particularly hormone disruptors such as xenoestrogens.

Normal Menstrual Cycle Before the Age of 35

Normally, the menstrual cycle consists of 28 days. The pituitary gland, a gland underneath the brain, produces follicle stimulating hormone (FSH) and luteinizing hormone (LH). FSH begins the cycle. FSH tells the ovaries to get some eggs ready to be fertilized. Several eggs to a few hundred eggs begin to mature in little grape sacks called follicles on the ovary at the command of FSH. The follicles produce estradiol. After 10 to 12 days of FSH stimulation, one egg moves to the outer surface of the ovary. The follicle that contains the egg bursts. The used follicle becomes the corpus luteum. The corpus luteum begins produce progesterone. The peak production of progesterone is 20 mg per day. The fallopian tube grabs the egg, and the egg begins its journey into the uterus.

All of a sudden, during the ages from mid-30s to late 40s, a woman's hormones balance should begins to shift. Her hormone balance shifts depending on her environment, menarche, number of children birthed at what age, lifestyle, stress, nutrition, city or country living, and toxin exposure. For a complete list of all the factors that trigger premenopause explored in explicit detail, I recommend getting the book "What Your Doctor May Not Tell You About Menopause" by John Lee M.D.

Anovulatory Cycles after the Age of 35 Produce No Progesterone

The normal ability of a follicle to mature in egg and release it begins to falter a decade more or less before actual menopause. A menstrual cycle in 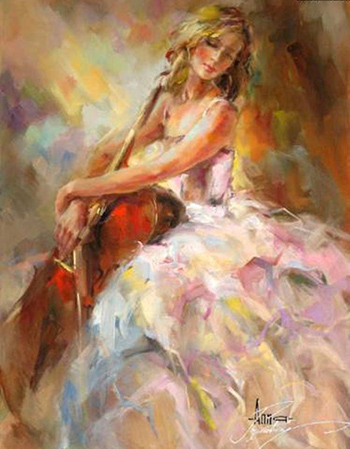 which a follicle does not mature an egg and ovulate is called an anovulatory cycle. An anovulatory cycle simply means "no ovulation". If the woman is not ovulating she does not produce progesterone from the ovaries. Progesterone usually balances out her estradiol. However, when the woman does not produce progesterone from the ovaries, the estradiol is the only hormone that the ovary produces. The estradiol in synergy with environmental xenoestrogens, causes weight gain, water retention, mood swings, and hair loss. Menstrual cycles continue even without ovulation and the accompanying hormone progesterone. Since the menstrual cycles continue, women are unaware that their progesterone levels have dropped to zero or close to zero. The most frequent complaint I hear is that despite dieting and going to the gym, the woman has developed fat on the belly and on the hips. Her hair is falling out. She does not have any sex drive anymore. Again, the lack of progesterone during the ages from 35 to 50 preceding menopause triggers this change of life. John Lee M.D. covers this phase and labels it pre-menopause. He says the time right about menopause when hormone and brain signals to the ovaries are inconsistent is called perimenopause.[1]

My wife went through menopause. One month, she had a period. And the next month she did not have a period. She did not have any night sweats or hot flashes. She did not use any hormones. There was no erratic periods or cycles. There was no breast swelling, tenderness, mood swings, sleep disturbance, water retention, or a tendency to put on weight. I believe that the complete elimination of xenoestrogens was the cause of her very smooth transition to menopause.

Emotional Stress Changes Your Hormones Too

Before we lived in Colorado, there was a woman at church that was experiencing night sweats and hot flashes of menopause. So, I gave her a bottle of progesterone and told her to use it to get rid of the night sweats and hot flashes. A month later, I saw her again. I asked her if the progesterone worked. She said she didn't use the bottle of progesterone. She said that she and her husband took a trip to Maui for two weeks, and now she did not have any night sweats or hot flashes at all. You may know of some stories of women who try to get pregnant, and finally got pregnant when they went on vacation with their husbands. Obviously, the emotional state of the women will affect hormones to get pregnant. It is not a stretch of the imagination to say that a woman's emotional state will affect menopause symptoms as well.

Live a Clean Life. Eliminate Xenoestrogens. Go to Maui and chill out. Maybe Take Some Natural Progesterone. Read on to find out more. If you buy any product from us, then you will get a list of xenoestrogens to avoid and recommended products to use that I have been assembling since 1999.

All prices are in USD. © 2020 Progestelle Progesterone Skin Oil | Sitemap | Powered by BigCommerce