PMS typically starts two weeks before the period as well as several days into the period. It 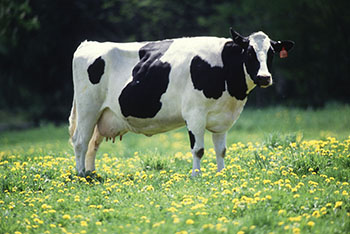 is usually accompanied by water retention, edema, and bloating. Breast tenderness is at its worst just before the period. Breast tenderness
may be due to water retention or the direct action of xenoestrogens and your own estradiol in synergy. Cattle ranchers typically insert a synthetic estrogen pellet under the skin behind the ear of cattle that they are raising. This synthetic estrogen slows metabolism of the cattle so that the cattle can build up fat and weight quickly. The cattle have water retention which increases the weight of the meat so that the rancher can get more money. Male cattle are castrated. Then, these castrated cattle are called steer. The castrated cattle effectively do not have any testosterone. If the cattle do not have testosterone, their ability to burn up fat is impaired. The steer are also given a pellet of synthetic estrogen beneath their skin behind her ear. The steer gain weight, retain water, and build up fat rapidly. This is the standard operating procedure of the beef industry for the last 30 years and is done for that expressed purpose. The European Union has banned beef that has been treated with synthetic estrogen.

What Does This Have To Do With Me?

What is not well known is that common chemicals and herbs that are found in toiletries and cosmetics mimic or act like estrogen and have the exact same effect of fluid retention as patented brand-name synthetic estrogens. These common chemicals and herbs known as xenoestrogens in synergy with your own estradiol that varies with a cycle causes this cyclical fluid retention. One woman commented, "I know exactly how the cattle feel!" after I explained the effect of xenoestrogens on women.

Usually, women with water retention due to estrogen gain one or 2 pounds just before their period.

So Where Is All This Excess Estrogen Coming From?

In 2004, 42% of the male bass in the Potomac River were found to be producing eggs. Researchers suspected that chemicals in the river were feminizing the male bass. Colorado biologist John Woodling, a retired fisheries biologist with the Colorado division of wildlife, found that below the sewage treatment plant, the ratio of white sucker fish male to females was one to 10, and the percentage of hermaphrodites was 10%. However, above the sewage treatment plant, the ratio of male to female's was one to one, and percentage of hermaphrodites was 0%. Something in the sewage was feminizing the fish. So, they took an aquarium and put baby trout in it. They put a small amount of laundry detergent in the aquarium. All the baby trout grew up into females. The conclusion is that something in the laundry detergent is feminizing the baby trout. Researchers suspect alklyphenols in the laundry detergent are mimicking estrogen and feminizing the trout. It may also be possible that the sewage contains birth control pills that have been excreted by women and flushed down the toilet. You may see the frontline PBS video here. 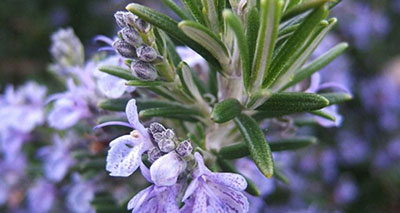 Therefore, your laundry detergent may be in part giving you PMS and causing fluid retention. For my patients, this certainly has been true.

It is also possible that natural and organic herbs without fillers from the health food store mimic estrogen as well. For instance, in 2008 Dr. Barbara Cohn from the center for Research on Women's and Children's Health in Berkeley, California showed that the equivalent of 3 cups of coffee would result in undescended testes in young boys. Cohn commented that caffeine "appears to interfere with reproduction, increasing the rate of miscarriage, which is more common when their errors and feel development. [because] crypto chiasm is a defect in fetal development."

In June 2006, two common ingredients found in many hair and skincare products have been linked to add the abnormal development of breasts in boys. Enlarge male breasts or gynecomastia result from too much estrogen. Bloch M.D., a pediatric endocrinologist, found five young boys with enlarged male breasts. He tested their own endogenous hormones and found them to be normal. He found that that their parents were giving them either tea tree oil or lavender oil. Bloch M.D. recommended that the parents stop both the tea tree oil and lavender oil, and three months later that enlarged male breasts disappeared. He then took the tea tree oil and lavender oil separately and put them in test tubes containing breast cancer cells that were sensitive to estrogen. He found that the tea tree oil and lavender oil caused the breast cancer cells to grow and proliferate. They also found that each oil turned on the estrogen regulated genes and inhibited an androgen regulated gene. He concluded that these oils possess both estrogenic and anti-androgenic properties. Thus, an organic natural herb has estrogenic properties and can cause water retention or fluid retention commonly recognized in PMS.

What does this mean?

If you want to avoid PMS and fluid retention or water retention and bloating, you must avoid xenoestrogens on the skin.

I’m Not Getting Better!

If you take natural progesterone with strong xenoestrogens, your bloating and breast tenderness and fluid retention will get much worse.

This is the most common complaint I get with natural progesterone. The patients complained that the progesterone is making them more sick. They are correct. The reason why is that they are simultaneously taking progesterone with strong xenoestrogens. 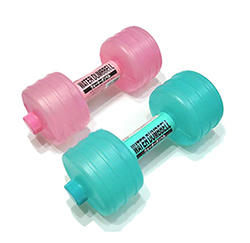 Why Am I Not Getting Better?

So, if you take progesterone with strong xenoestrogens, you may actually retain more water and gain more weight because the estrogen receptors become awake. Thus, it is important to cut out all xenoestrogens before taking progesterone. Otherwise, progesterone will have the opposite effect that you want it to. Again, this is the most common complaint I get about progesterone.