Acne that Varies with the Cycle

Progesterone Helps Acne That Varies With The Cycle

I Feel So Much Better!

Last month was my first using the oil form progesterone - this product is wonderful. I was using creams which did not work as well and I noticed positive results after only a few days of using this. I'm almost 35 and dealing with hormone imbalances - feeling major fatigue, cyclical acne , ovarian cysts and fibrocystic breasts etc. - all of which have caused my thyroid to be imbalanced. On the days I use this, I feel so much better. I ordered again and am currently using it with the same positive and noticeable effects. Thanks for a great product, wish it were cheaper! 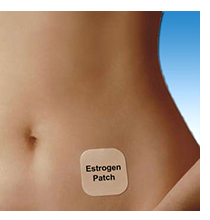 If you have acne that varies the cycle, this is due to too much estrogen. Too much estrogen has been labeled Estrogen Dominance. And where is this excess estrogen coming from? It is coming from chemicals or herbs in the environment that mimic estrogen. These chemicals and herbs are coming into the body mainly through the skin rather than what is being eaten. It is counterintuitive. Anything on the skin is 10 times in potency than what is eaten orally. Just like estrogen patches and nicotine patches, lotions, shampoos, laundry detergent, cosmetics, toiletries, and deodorant all are put on the skin and go directly into the body. However, anything eaten orally is 90% first pass metabolized by the liver. Thus, anything on the skin is 10 times in potency than what you take orally.

Chemicals are now under scrutiny by the FDA, EPA, and US Geological Survey for the disruption of hormones. Recently, in 2012, the US geological survey finished an evaluation of all the major watersheds in the United States. They found that many of the fish were feminized. For instance, 40% of the male bass in the Potomac River were producing eggs. Woodling [1], a 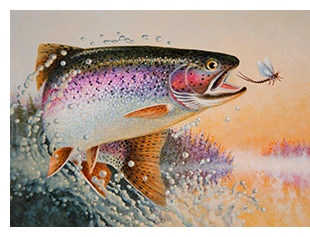 field biologist in Colorado, found that white sucker fish above the sewage outfall were 1:1 male to female. However, below the sewage outfall there were nine females to one male with 10% hermaphrodites. Hermaphrodites, also known as intersex are individuals that are caught between male and female. Something in the sewage was feminizing the fish. One experiment raised baby trout in an aquarium. A small amount of mild laundry detergent was added to the water. It was found that all the male trout grew up looking like females. Someone detergents contain alkyl phenols, and these alkyl phenols fit into the estrogen receptor quite well. The alkyl phenols acted like estrogen. You must remember though that alkyl phenols are not estradiol. They are strange estrogens that have estrogen like effects but are not at all like estradiol. They may cause breast cancer, menstrual cramps, endometriosis, and many other female conditions.

You can see US Geological Survey page on hormone disruption here.

The common chorus I hear from my patients is that “I’m using natural organic products and I'm not taking any xenoestrogens.” Just because something is natural and organic does not mean it is safe to use. For instance, would you eat mushrooms growing in your yard? Of course not, some of those mushrooms even though they are organic and natural could be poisonous.

My patients with acne that varies with the cycle typically get much worse if they are using a lavender or tea tree oil product. Is it possible that there are other herbs that also mimic estrogen? Of course, and I have listed them in our product literature along with a list of products that seem to be safe.

Why does taking progesterone cream in 40% of women make the acne worse?

It turns out that these women hoping to get better and taking progesterone are also simultaneously taking large amounts of potent xenoestrogens.

What is happening here?

Chronic xenoestrogens exposure causes your estrogen receptors to down regulate. It's as if your estrogen receptors have become "sleepy." This is a normal biological response. It's like going to a noisy rock concert. Initially, the rock concert seems very loud. Then, after half an hour, the rock concert is not very loud anymore. Your ears have become less sensitive to noise. Your ears have down regulated their response to the noise by becoming less sensitive. 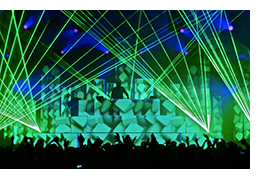 Now, by taking progesterone you wake up the estrogen receptors. Now, it seems you're getting more estrogen even though the estrogen intake is not changed.

So if you take progesterone cream and the acne gets worse, don't blame it on the progesterone. Blame the worsening acne on your increased normal sensitivity to estrogen.

The solution is to get rid of all the xenoestrogens on your skin, wait 1 to 3 months, and then try to take progesterone again. It takes one to three months for the topicals that you put on the skin to wash out of the body.

Because of the decreased xenoestrogen load, after 1 to 3 months, the estrogen receptors will slowly wake up. Then, the progesterone will work to decrease the acne that varies with the cycle.

Some patients extremely detailed and eliminate all xenoestrogens from their environment don't even need progesterone after a while.

1. You only use products that we recommend from the purple sheet. These products do NOT contain xenoestrogens. After a while, you don’t need progesterone. You live a healthy life and become normal.

3. You use one strong xenoestrogen on the skin. You take progesterone. Your acne gets worse. You feel lousy. You think I am lousy. The whole world is lousy. Life is lousy. 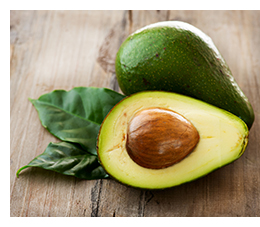 She said, “Let’s do an experiment. Try some avocado and lamb and let's see what happens.” So, I dutifully ate the wonderful lamb and avocado, and soon I had acne on my face. I was humbled, and I went to review the original literature which fed me the dogma that food is not related to acne.

One article gave a pound of chocolate every day to each student in a small group of college students for a month to evaluate if acne would be affected by this diet change. The month-long chocolate diet did not affect their acne. Thus, the authors concluded that diet did not affect the acne. You can see what the flaw in this experiment was. The other portions of the diet were not controlled. This was a poorly designed experiment.

See a partial list of cosmetic ingredients natural and synthetic that cause acne here. http://www.caryskincare.com/acnecomedogeniclist.html

Diet has been shown to affect acne. Dr. Otto Schaefer published a paper in 1971. Otto demonstrated that Eskimos living a traditional lifestyle and diet were acne free. However, once these Eskimos shifted to modern Western diet and lifestyle, the Eskimos developed pimples like everyone else in the Western World.

Loren Cordain, a professor at Colorado State University, also believes that a Western diet contributes to acne. Many non-Western populations never have acne. Cordain examined the Ache hunter-gatherers of Paraguay for four years. He also examined Papua New Guinea for seven weeks. In both populations, they could not find any acne. Cordain believes that although there is a genetic component to acne, he believes that the major factor in acne is diet.

Cordain believes that eating low glycemic carbohydrates may have a therapeutic effect on treating acne because of the change that the diet would do to the endocrine system. Cordain thinks that processed meats have been shown in a number of studies to affect glycemic control. Eating fish rich in omega-3 oils lowers fasting glucose levels and improves glycemic control. Omega-3 oils are anti-inflammatory and may help heal acne.

Dairy foods? Dairy is not high glycemic. But dairy may have a component that make acne worse. Some think that you should try cutting out dairy and see if it helps.

In my opinion, oily foods such as avocado and lamb creates acne from personal experience. 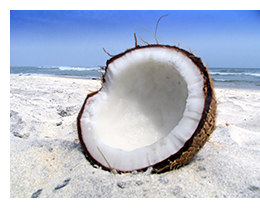 I was recently reading a book about the benefits of coconut oil. Most oils from animals and plants are very long chain oils. It means that the chains have lengths that are 14 to 18 carbons long. However, Coconut oil is predominantly a medium chain-link oil having most of its carbons chains that are 10 to 14 carbons long. The title of the book is “Coconut Cures”.   Bruce Fife, N.D. claims that taking 3 to 4 tablespoons of coconut oil per day on the skin or orally will actually reduce acne. I really haven't tried this particular remedy, however, it may be worth a try. The complexion may get worse at first as toxins or are expelled from the skin, but will improve after about a month after continued application. Fife believes that the coconut oil is enabling the body to expel toxins. He suggests washing the face of soap and water and applying a thin level layer of coconut oil massaged into the skin every morning. It may be that the short chain oil is enabling and dissolving many of the toxins that the acne is trying to excrete.  Here is a nice website that talks more about the benefits of coconut oil.

Here is another website talking about the benefits of fractionated coconut oil or MCT oil.

Iodine Reduces Acne by Reducing Your Sensitivity to Xenoestrogens

Iodine reduces your sensitivity to xenoestrogens. Why? The estrogen dominance is due to the synergistic reaction of your own estradiol and xenoestrogens. You produce three types of estrogen, estradiol, estrone, and estriol. Estrone and Estriol is weak. Estradiol is strong. Xenoestrogens and the three estrogen that you produce compete for the same estrogen receptor. Think of the estrogen receptor as a baseball glove. Think of the different estrogens as different colored balls. The different balls are received by the same glove and tell the glove to do SLIGHTLY DIFFERENT estrogen like things.

Estriol being a weak estrogen goes up 100 times during pregnancy. Estriol goes into the estrogen receptor and blocks out all the other garbage xenoestrogens. It is thought that estriol may be one of the reasons why endometriosis gets better during pregnancy along with progesterone.

Jonathan Wright, MD of the Tahoma Clinic has found that giving iodine helped lower estradiol and lower estrone, but raise estriol in several hundred patients. He has never seen this written up.

Lugols is cheap, but can cause stomach upset and stain clothes. Iodoral is expensive.

Brownstein, MD believes that more than 90% of Americans have an iodine deficiency. 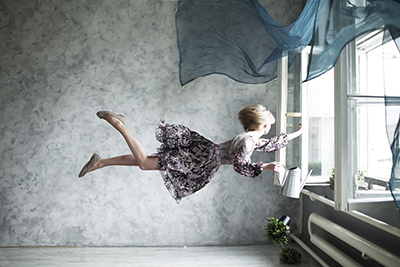 “poisoned”. The thyroid hormone may not work, and you become hypothyroid.

Bromine being forced out may cause a metallic taste in the mouth, increased salivation, headache, nausea, tingling in the hands and feet, frontal sinus pressure, irritability, depression, anxiety, mouth and tongue sores, lethargy, diarrhea, constipation, etc.

These side effects are NOT from iodine, but from bromine being forced out.

Where Is The Bromine Coming From?

One Patient's Solution to Acne

The following is a testimony and method that one of my patients used to improve her complexion with great success.  She controlled her acne with this method.

"Just a note on skin care. Although I liked the Conti soap and still use it on my hands only, it dried me out quite a bit.  What I have been doing for the past year and a half is using water only to wash my body.  I know it sounds gross, but I do not smell and have no issues with any rash, infections, etc.  The key is to use a different washcloth daily and scrub every area of your body as water flows over you. You become accustomed to it, and it eventually feels very refreshing.  I wash my face using a mix of castor oil and grape seed oil with a warm/hot washcloth. My skin (which is acne prone) has not had a blemish.  I just wanted to share this for your patients that may have dry skin."
Ericka D.  Dallas, TX  March 19, 2019

Three Simple Steps to Reduce Acne Synced to the Cycle

3. Take iodine. Take either Lugol’s iodine or Iodoral. Watch out for bromine toxicity.