Natural Estriol Or E3 Is The Safe Estrogen To Take

I believe estriol (E3) is the safest estrogen to take. The reason why is that during pregnancy your body produces large amounts of progesterone and estriol. Women who have many pregnancies and deliver have a smaller chance of breast cancer and endometrial cancer. Therefore, estriol and progesterone are likely to be fairly safe.

Estriol is Safest Estrogen to Use

Rosenburg found that locally administered topical estriol also has systemic effects, but was not found to be associated with any of the subtypes of breast cancer in his study.[9] Weiderpass found that oral estriol, but NOT topically applied vaginal estriol was associated with an increased risk endometrial cancer. She suggested that a progesterone be given with the oral estriol to decrease the risk of endometrial cancer.[7]

Dr. Robert Greenblatt a prominent hormone therapy researcher in the 1980s stated that Estriol relieves hot flashes and prevents vaginal dryness without side effects.  Dr. Wulf Utian, the editor of the North American Menopause Society's journal,  “Menopause”, stated, "Estriol  has the potential of reduced risk, but similar benefits to alternative estrogen or estrogen-progestin formulations.  The potential to minimize risks yet maximize most benefits places Estriol in a unique category among estrogens.”  In 1987, Dr. Lauritzen showed that Estriol relieved menopausal symptoms in a 5 year clinical trial of 2 mg of oral estriol succinate in 940 post menopausal women.  Estriol was shown to protect against cancers of the breast and uterus.  In the 5 years, 2 breast cancers developed (3 expected), and no endometrial cancer developed (3 expected).

Dr. Wulf Utian, the editor of the North American Menopause Society's journal,  “Menopause”, stated, "Estriol has the potential of reduced risk, but similar benefits to alternative estrogen or estrogen-progestin formulations.  The potential to minimize risks yet maximize most benefits places Estriol in a unique category among estrogens.”.

Estriol cream is used by mainstream MDs to treat vaginal atrophy.  Frequently, after menopause, as many as 50% of women begin to have their vagina shrink both lengthwise and in circumfrence.  This may make penetration difficult.  Also the skin may become thin and subject to bleeding after intercourse.  Estriol goes up 100 times during pregnancy.  Estriol toughens up the birth canal preparing the birth canal so the baby can pass through.  Estriol cream can be used systemically and topically on the vagina to counter vaginal atrophy.  I usually recommend 0.5 mg/every other day of micronized estriol cream along with 20-40 mg/day of Natural Progesterone cream 3 weeks out of 4 weeks.  The reason why you want to take a week long holiday is that you do not want to becomes less sensitive to Natural Progesteorne and Estriol.  Constant use of hormones may result in "down regulation".  Your body becomes "used" to the constant hormone stimulation and reduces sensititivity to those hormone.  Taking a week "holiday" prevents "down regulation" of your estrogen and progesterone receptors.

Estriol will not help for vaginal shrinkage.  Estriol helps for thickening up the skin, tearing and dryness.

Estradiol is the “strong” estrogen that codes for the breasts and hips of a woman. Estrone and Estriol are “weak” estrogens. Practitioners are backing away from Estrone because it seems to be associated with breast cancer. However, Estriol or E3 has been used in Europe for 60 years. Estriol goes into the estrogen receptor, stimulates the receptor weakly, and blocks all the stronger and strange xenoestrogens from the estrogen receptor. Progesterone goes up 20 times and Estriol goes up 100 times during pregnancy. Pregnant women who deliver many times have a lower chance of breast cancer and endometrial cancer. Thus, it is thought that Progesterone and Estriol are cancer preventative.

Dr. Robert Greenblatt a prominent hormone therapy researcher in the 1980s stated that Estriol relieves hot flashes and prevents vaginal dryness without side effects. Dr. Wulf Utian, the editor of the North American Menopause Society's journal, Menopause, stated, "Estriol, has the potential of reduced risk, but similar benefits to alternative estrogen or estrogen-progestin formulations. The potential to minimize risks yet maximize most benefits places Estriol in a unique category among estrogens.”

Dr. Lemon ran a clinical trial of 28 breast cancer patients of 2.5-5 mg/day of oral Estriol therapy. Estriol induced remission or arrest of the metastatic tumors in 6 women (37%). In a 1975 article in "Cancer Research", Dr. Lemon stated that 2.5 to 5 mg/day orally might be a suitable minimum dose to prevent breast cancer. Pregnant women excrete 30 to 50 mg/day of estriol. The topical dose of Estriol is 10 times lower at 0.5 mg/day because the estriol goes straight into the body and is not 90% 1st pass inactivated by the liver.

A common problem is the degeneration of the vaginal lining after menopause with increased urinary tract infections (UTIs). In a 1993 Israeli study published in the “New England Journal of Medicine”, 50 women were treated with 0.5 mg of Estriol cream every night for 2 weeks, then twice weekly for 8 months. 43 women had a placebo. The 50 women treated with estriol had 10 times less UTIs with only rare side effects. In a 1994 Swedish study, 0.5 mg of estriol delivered vaginally was shown to be equally effective as a low dose vaginal estradiol ring for vaginal atrophy in menopausal women. Improvements in vaginal dryness, painful intercourse, pain with urination, and urinary urgency were seen with Estriol without Candida infections. Candida infections were seen in 12 women taking Estradiol.

In mid-1996, 3 Japanese studies, 1 Italian study, and 1 Taiwanese study looked to Estriol to prevent bone loss. The 3 Japanese studies found that 2 mg/day oral Estriol increased bone density 1-5% over a period of a year. The Italian study found that 0.5 mg/day of vaginal estriol cream was somewhat effective to prevent bone loss. The Taiwanese study found that oral estriol succinate was ineffective to prevent bone loss. Topical application of estriol results in higher blood levels of estriol compared to oral ingestion. The five studies mentioned that Estriol relieved hot flashes and night sweats for most of the women without endometrial hyperplasia and less break through bleeding. There was a remarkable lack of side effects.

No Increase in Blood Clots

Another article in the 1995 “International Journal of Dermatology”, showed estriol creams effective for treating acne scars.

Also, we know that a woman's sex drive goes up tremendously during the 2nd and 3rd trimester.  Increased levels of progesterone and estriol are responsible for the woman's increased libido.

So, if you want to solve a woman's flagging libido, then, eliminate all the "Frankenestrogens" and take progesterone and estriol.  Voila, a woman's sex drive is restored.  Her libido is better than ever.  Quite a few husbands are very happy with this solution. 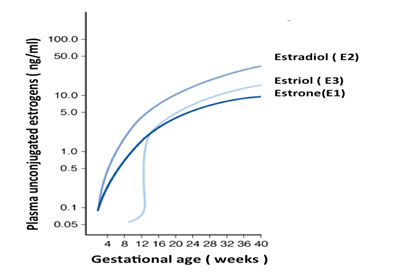 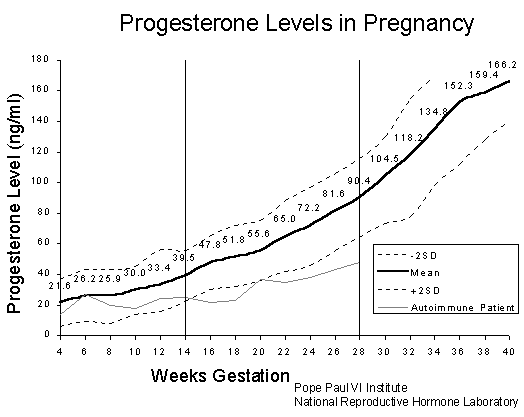 Here is a nice review article on Estriol for the academically inclined.

9. https://www.johnleemd.com/bioidentical-hormones.html - explains that 66% of women up to the age of 80 don’t need hormone replacement.