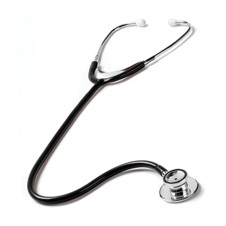 "strong" estradiol and estrone to "weak" estriol. It is the synergistic action of estradiol and xenoestrogens that cause estrogen dominance. Estrogen dominance is the reason why you have endometriosis, adenomyosis, ovarian cysts, breast cysts (fibrocystic breast disease), premenstrual syndrome, uterine fibroids (myomas), polycystic ovarian syndrome and benign prostatic hypertrophy (BPH). Your body makes three kinds of natural estrogens. Your body makes estradiol. Estradiol is considered to be a "strong" estrogen. Estradiol is responsible for the stimulation and creation of breasts and hips that defines a woman. Estrone and estriol are "weak" estrogens. Physicians are backing away from estrone because estrone is elevated in breast cancer patients. Estriol is the hormone of pregnancy. Estriol goes up 100 times during the third trimester pregnancy. Estriol is responsible for thickening up the skin of the birth canal. Women who are pregnant and deliver multiple times have a smaller chance of breast cancer and uterine cancer. Therefore, estriol is considered by many physicians to be anticancer. Estriol is a "weak" natural estrogen. Estriol goes and binds to the estrogen receptor so that it can block out all the other xenoestrogens.

Iodine helps convert "strong" estradiol and estrone into "weak" estriol. Dr. Jonathan Wright of the Tahoma clinic has made this observation in several hundred patients. He gives supersaturated potassium iodine to his patients. He observes that taking iodine makes estriol levels go up. He also observes taking iodine makes estradiol levels and estrone levels decrease. He believes the ratio of estriol to the sum of estradiol and estrone should be greater than 1.0. He has never seen it written up but he has observed this in several hundred patients.

Most Americans Have An Iodine Deficiency

Brownstein M.D. in Michigan as measured 94.7% of 500 patients have an iodine deficiency. The gold standard test to measure iodine deficiency is to give 50 mg of iodine by mouth. Then, a 24 hour urine collection is done. If 80% of the iodine is gone back through the urine, then the patient is iodine sufficient. If less than 80% of iodine is recovered's the 24 hour urine collection, then the patient is iodine in sufficient. Shockingly, Europe and the UK may have patients that are more deficient in iodine in the United States according to the procedures British medical journal Lancet. M.D. Flechas, M.D. believes that iodine deficiency leads to ovarian cysts, breast cysts, and thyroid cysts. Flechas M.D. believes that iodine deficiency promotes cancers such as esophageal cancer, endometrial cancer breast cancer and ovarian cancer. Abraham M.D. of Optimox Corporation claims to cure PC OS patients with 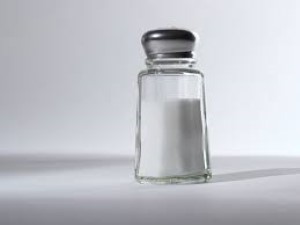 50 mg per day of iodine for three months.

Abraham M.D. of Optimox Corporation cites the Japanese diet of being a measure of sufficient iodine intake. He cites that the average Japanese takes in about 12.5 mg of iodine per day. Abraham M.D. believes that this is the optimal amount of iodine that is needed for optimal functioning of the human body. Abraham M.D. writes that iodine sufficiency is associated with the sensible world being, lifting the brain fog, feeling warmer in cold environments, increase energy, getting less sleep, achieving more in less time, experiencing regular bowel movements, and improved skin complexion. In obese or overweight subjects, iodine supplementation resulted in weight loss, decrease percent body fat, and increase muscle mass.  Here is a link to the research articles at Optimox.com.

Iodine Forces Out Bromine Stored In The Body

Many physicians and healthcare providers are afraid of iodine. They are afraid of iodine because when they had given iodine before there have been a number of toxic reactions that they blame on iodine. Some patients take iodine with no adverse effect. Some patients take iodine with great side effects. Most physicians think that this is an allergic reaction. However, it is not an iodine allergic reaction. It is a bromine toxicity reaction. Recall in your high school chemistry that bromine and iodine are in the same column of the periodic table. Iodine and bromine are roughly the same size and have the same number of valence electrons. Therefore, it is possible for toxic bromine to substitute for iodine in the body. Likewise when you give iodine to patient it forces out toxic bromine. Fluoride and perchlorate can also substitute in for iodine and these are not good for your body as well. The thyroid hormone is surrounded by iodine. T3 has three iodines. T4 has four iodines. It may be possible that with bromine toxicity, one of these iodines is substituted by bromine. When and if the substitution takes place by bromine, the thyroid hormone becomes useless and will not work properly.

Where Is The Bromine Coming From?

Bromine is added to commercial bakery products as a leavening agent. Bromine is used in brominated vegetable oil in soft drinks and sports drinks so that the citrus oils can dissolve into 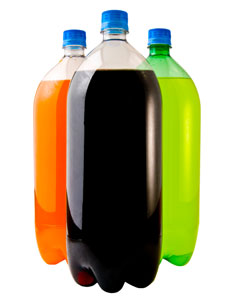 water. Bromine is used in medications such as asthma inhalers and insomnia drugs. Some people use bromine in their swimming pools. Bromine is used to sterilize the soil and strawberry agriculture. If you try to detox from bromine using iodine and you keep on taking bromine by drinking soda, then your detox program will not work. As of 2014, PepsiCo two years ago quietly took bromine out of their formulation. The European Union has banned bromine from soft drinks.

What Are The Side Effects Of Bromine Toxicity?

Again side effects of iodine are due to the iodine forcing bromine out of tissues, and the resulting bromine toxicity. Please do not blame iodine for the side effects. Blame bromine that is being forced out by the iodine. As of 2014 and three years of using iodine for my patients, everyone that has use iodine has had bromine toxicity reactions. For 15 years, I myself a medical doctor, had a low temperature of 97.3° F or a temperature in the high 96's. I asked several other medical doctors to fix this. I was given armor thyroid. However, the temperature did not change. The problem was not fixed. After listening to seven years of my patients telling me to take iodine, I finally took iodine. I first suffered from insomnia and vivid dreams. However, after two weeks the insomnia stopped. This was despite being clean for 12 years. I did not drink large amounts of soft drinks. I did eat commercial bakery products, but not very many. I gave iodine to my wife as well. She developed heart palpitations and vivid dreams and insomnia. She did not want to take any more iodine. However, she began to notice positive changes in my patients and myself. So she relented and resume taking iodine. The heart palpitations and vivid dreams and insomnia went away after about two weeks. After about two weeks, taking iodine did not have the insomnia, heart palpitations or vivid dreams for both of us. This is because iodine forced out the bromine in the body.

Bromine toxicity reactions due to taking iodine include metallic taste in mouth, frontal sinus pressure/pain, increase elevation, eyelid twitching, foot tingling, tingling in the hands and feet, depression, anxiety, emotionality, mouth and tongue sores, acne with a rash (zinc helps with this), skin cuts, hair loss, brain fog, legs and hip acne, diarrhea, constipation, vision changes, irritability, increase elevation, and transient breasts tenderness. Please remember that these effects are from bromine being pushed out by iodine. Please do not blame iodine. Lay the blame at bromine's feet, not on iodine. The worst side effect I've seen which may occur in one out of 400 patients is a swollen thyroid gland. There is so much bromine in that patient that be released bromine from taking iodine begins to break up the thyroid cells. It may be possible for the human body to develop antibodies against the thyroid cells and develop a Hashimoto's thyroiditis. If taking iodine makes your thyroid sore, please stop the iodine immediately. You can detox with sea salt and drinking 2 L of purified water for two months. Then, try to take the iodine again.

Taking The Proper Kind Of Iodine 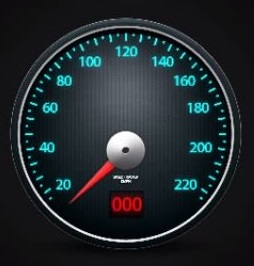 I usually recommend taking Iodoral or 2% Lugol's iodine. These two types of iodine are the ones to take because they contain both iodide,I-, and atomic iodine, I2. Your body needs both kinds of iodine according to Abraham M.D. The reason that you need both kinds of iodine is because some tissues take up iodide, I-, and some tissues take up atomic iodine, I2. Your body needs both kinds of iodine. According to Gaia herbs, kelp now contains toxic chemicals and should not be used. I usually like to start at 3 mg of iodine a day. This comes out to one quarter tablet of Iodoral or one drop of 2% Lugol's iodine. For some patients, they are so bromine toxic that they cannot even tolerate this. In this case of extreme bromine toxicity, I recommend taking one drop of 2% Lugol's iodine and diluting in a cup water. Then take a drop of this cup water and put it on your skin and see if you have a reaction or not. Try to ramp up from 3 mg per day all the way up to 50 mg a day. Each week you may increase by 6 mg per day. Taking 50 mg per day of iodine for 3 to 4 months is enough to get most people iodine sufficient. Then, you may maintain at 10 mg of iodine per day. Abraham M.D., cites research that the average intake for Japanese person is about 12.5 mg per day.

This is astounding news!  You may read about his clinical cases here.

Here is an excerpt from one of his cases:

"It was while treating a large 320-pound woman with insulin dependent diabetes that we learned a valuable lesson regarding the role of iodine in hormone receptor function. This woman had come in via the emergency room with a very high random blood sugar of 1,380 mg/dl. She was then started on insulin during her hospitalization and was instructed on the use of a home glucometer. She was to use her glucometer two times per day. Two weeks later on her return office visit for a checkup of her insulin dependent diabetes she was informed that during her hospital physical examination she was noted to have FBD. She was recommended to start on 50 mg of iodine(4 tablets) at that time. One week later she called us requesting to lower the level of insulin due to having problems with hypoglycemia. She was told to continue to drop her insulin levels as long as she was experiencing hypoglycemia and to monitor her blood sugars carefully with her glucometer. Four weeks later during an office visit her glucometer was downloaded to my office computer, which showed her to have an average random blood sugar of 98. I praised the patient for her diligent efforts to control her diet and her good work at keeping her sugars under control with the insulin. She then informed me that she had come off her insulin three weeks earlier and had not been taking any medications to lower her blood sugar. When asked what she felt the big change was, she felt that her diabetes was under better control due to the use of iodine. Two years later and 70 pounds lighter this patient continues to have excellent glucose control on iodine 50 mg per day.

We since have done a study of twelve diabetics and in six cases we were able to wean all of these patients off of medications for their diabetes and were able to maintain a hemoglobin A1C of less than 5.8 with the average random blood sugar of less than 100. To this date these patients continue to have excellent control of their Type II diabetes. The range of daily iodine intake was from 50 mg to 100 mg per day."