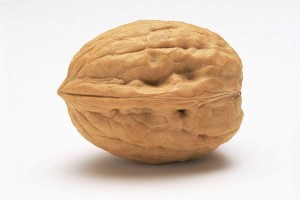 Benign prostatic hypertrophy (BPH) is may or may not be helped with topical progesterone and the avoidance of xenoestrogens. In many cases, it seems that total emptying of the bladder and the ease of starting urination may or may not be helped by avoiding xenoestrogens and the use of topical progesterone. The prostate gland is slightly larger than a walnut, and can fit in a shot glass. The urethra or the tube that the urine goes through by tunneling through the center of the prostate gland. As the prostate gland begins to enlarge, the tunnel gets squeezed so it becomes narrower and narrower. Eventually, urine flow slows and in some cases of benign prostatic hypertrophy stops completely. This can be extremely painful to have urine buildup in the bladder and not be able to urinate it out. 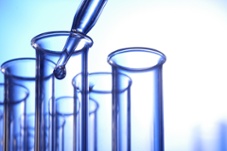 breast cancer cells in the test tube. When progesterone was added to T47-D breast cancer cells in the test tube he found a 90% inhibition of cell proliferation after 72 hours. Cytofluorometric analysis of T 47- D breast cancer cells showed 43% had undergone apoptosis without signs of necrosis after 24 hours. Apoptosis means cell death as a normal part of the organisms development. After progesterone exposure for 72 hours 48% of the cells had undergone apoptosis and 40% demonstrated leaky membranes. He reports that bcl-2 was down regulated and p53 was up regulated. (If the gene bcl-2 dominates it will encourage cells to cancer. If the p53 gene dominates cell growth is controlled and the cancer does not occur. Agents that can activate p53 and deactivate bcl-2 is the hope to cure cancer.) The results show that progesterone at a concentration similar to the third trimester pregnancy exhibited a strong anti-proliferative effect when at least two breast cancer cell lines[1].

Synthetic Progestins Not The Same As Natural Progesterone

Unfortunately, most mainstream physicians do not know that there is a difference between natural bioidentical progesterone and synthetic brand-name progestins. Natural progesterone is the same bioidentical molecule your body makes. It cannot be patented since it is found in nature. Thus, these successful business model is to slightly modify natural progesterone and patent it. You can claim that the modified progesterone is a novel molecule, and then have a 17 year monopoly. These modified patented progesterones are called progestins. Once you have a monopoly, then you can charge excessive amounts of money and run a large marketing campaign. You can hire hundred thousand dollar year drug sales representatives.

In contrast, natural progesterone cannot be patented because it is found naturally in nature. There is nothing novel about it. They can be found chiefly over-the-counter in a topical cream or oil. 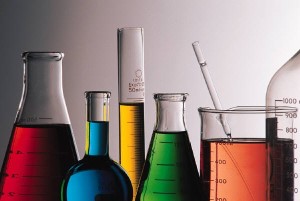 Margaret Schlumpf and her fellow researchers at the Institute of Pharmacology and Toxicology at the University of Zurich, Switzerland found that sunscreen chemicals can pretend to be like estrogen creating developmental abnormalities in rats[2]. Six common chemicals for UV blocking used in sunscreens, lipsticks, and facial cosmetics were tested. Benzophenone-3, homosalate, 4-methy-benzylidene camphor (4-MBC), octyl-methoxycinnamate, and dimethy- PABA were found to behave like strong estrogen and cause cancer cells to proliferate. Only one UVA protector showed no activity, butyl-methoxydibenzoylmethane (B-MDM) showed no estrogen activity. 4-MBC was mixed with olive oil and applied to the rat topically. The topical 4-MBC double the rate of uterine growth before puberty in the rat. Schlumpf exclaimed, "That was scary, because we used concentrations that are in the range allowed in sunscreens." Three of the six chemicals created developmental abnormalities in the rats. This is one of the many examples of synthetic chemicals that mimic a hormone. If 4-MBC can double the rate of uterine growth in the rat, and the prostate gland is embryologically the same as the uterus, it may be that 4-MBC can also stimulate the prostate gland to grow in size and perhaps cause benign prostatic hypertrophy (BPH).

I would like to give another example of a natural herb causing estrogen receptor stimulation and possibly causing benign prostatic hypertrophy otherwise known as BPH. Clifford Bloch, M.D., a pediatric endocrinologist, had five young boys as patients. You was seeing them for gynecomastia commonly known as "man boobs". He tested their own endogenous hormones 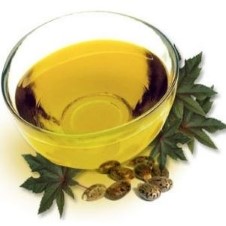 If you buy any product from us, we will send you a list of chemicals and herbs that seem to be estrogenic. If you avoid these herbs, then this will help shrink your benign prostatic hypertrophy or BPH. We also have a recommended list of personal care products that are devoid of xenoestrogens. These products are not easy to find. I looked through 500 shampoos and could only find three that were acceptable. I looked through 500 conditioners and could only find two.

Nicotine patches and estrogen patches are routinely used to deliver nicotine and estrogen into the human body. The dose of these patches is 10 times in potency compared to an oral dose. The reason why this is true is because anything taken orally is first pass metabolized 90% by the liver. However, anything put on the skin goes directly into the human body by passing the liver. Therefore, anything you put on the skin including laundry detergent, shampoo, conditioner, cosmetics, deodorant, lotion, and dryer sheets go directly into the body. You have to wonder why Americans now have a 67% chance of cancer. 67% of Americans will get cancer as of 2014. Therefore, I usually recommend to my patients to pay 10 times as much as attention to what they put on the skin than what they eat. In general, you have to be extremely careful what you put on the skin. There are certain foods like rosemary, oregano, coffee, chocolate and cocoa powder that I tell my patients to avoid. However, I emphasize that is extremely important to change all topicals on the skin because they are worth 10 times as much importance in potency.

Natural Progesterone Has Side Effects When Taken With Xenoestrogens

1. You completely avoid xenoestrogens. The prostate becomes normal without progesterone. No progesterone is needed. You can discontinue the progesterone after a while.

2. You take a few "weak" xenoestrogens with progesterone. The prostate gland becomes normal.

3. You take strong xenoestrogens with progesterone. Your prostate gland and your benign prostatic hypertrophy becomes worse. 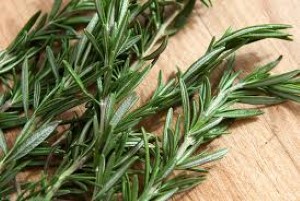 Summary For Getting Rid Of Benign Prostatic Hypertrophy