Hair thinning or becoming sparse, or hair loss in women especially after the age of 35 and also before is due to hypothyroidism. However, when the doctor goes to do the thyroid test, the thyroid hormones appear to be normal, or low normal. Some doctors then say, "Go away! Your hormones are normal." Other doctors that are more thoughtful will give a little bit of thyroid hormone and it usually but not always the hair and eyebrows will become thicker. Often the hair thinning is accompanied by fat on the belly and hips that doesn't seem to go away in spite of dieting and exercise. The patient may also feel cold and have a loss of energy and just have no motivation at all. So, why is it that the woman looks hypothyroid, but the thyroid hormones are normal? 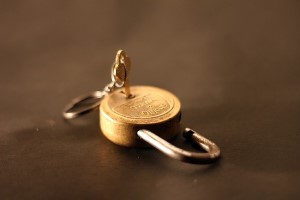 Unfortunately, oral contraceptives are not the only cause of thyroid hormone resistance. Thyroid hormone resistance is caused by xenoestrogens. Xenoestrogens are herbs or chemicals that are able to look like estrogen and fit into the estrogen receptor. Again, these are strange estrogens that have estrogen like effects but are not really the same estradiol that your body produces. Anything with a benzene ring like phenol or a ring shape compound seems to be able to fit into the estrogen receptor and mimic estrogen. Estrogen says to build up fat for the pregnancy, and it does this by causing the thyroid receptor to become "sleepy".

The next experiment that was done was on a tank of all baby trout. Small amounts of laundry detergent were added to the aquarium of baby trout. All the male trout grew up looking like females. It was concluded that alkyl phenols in the laundry detergent feminized the baby trout. As of 2014, the US Geological Survey found that all the major watersheds had feminized fish in the United States. Thus, many of the commonly used cosmetics and toiletries contain chemicals or herbs that mimic estrogen. These mimicking estrogen compounds are making your thyroid receptor sleepy. As a result, your hair is falling out and thinning.

Xenoestrogens Can Be Natural And Organic Too

Xenoestrogens can be natural and organic as well. Many of my patients think that since the herb is natural organic is safe to use. Nothing can be farther from the truth. Would you eat mushrooms that grew in your yard after rainstorm? No, obviously not. But those mushrooms can be natural and organic. So, similarly, there are many herbs that mimic estrogen. This is the reason why some plants are deer safe. The deer do not eat certain plants like rosemary or verbana because they are hormone 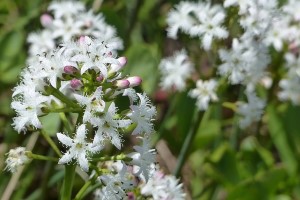 disruptive. Frequently, many of these plants are aromatic. In organic chemistry, benzene rings and their associated compounds are nicknamed aromatic compounds, because they are aromatic. Benzene rings and the associate compounds usually fit into the estrogen or quite well. These plants produce aromatic compounds with rings in them in order to fight back against the animals. One the classic case is Sheep Clover disease in Australia. You may web search Sheep Clover disease.

It is interesting in that Ralgro, a commercial estrogen, sold to cattle ranchers to increase the growth and fat content of their cattle is a natural derivative from a fungus. Ralgro mimics estrogen, depresses the thyroid hormone receptor, makes the fat content of the cattle go up, and produces more profits for the cattlemen. This is a routine procedure in cattle farming has been used for years. Well, the same thing is happening to America's women.

Xenoestrogens absorbed through the skin from cosmetics and toiletries fatten up women by abnormally stimulating the estrogen receptor.  This abnormal stimulation tells the thyroid receptor to become less sensitive.  You become hypothyroid and lose hair and gain fat.

If you buy any product from us you will get a list of chemicals and herbs that I have identified as being a xenoestrogens or hormone disruptive in the 14 years of clinical practice with over 20,000 patients since 1999. You will also get a list of products that seem to be safe and free of xenoestrogens. Again if you cut out all xenoestrogens from your environment you will get better, usually, your hair becomes thicker, but not always. If you have 20 xenoestrogens in your environment, and you cut out 19 of them, the last one will torpedo all your efforts.

Taking Progesterone Can Help If and Only If you Eliminate Xenoestrogens

The solution is to take progesterone after eliminating all xenoestrogens for one to three months. Otherwise, if you do not change your lifestyle, it seems that 40% of our patients get worse taking progesterone. These patients doggedly do not want to change your lifestyle and take progesterone or do not read the booklet, pink warning label, or see the videos that warn of this effect. Again, there is nothing I can do to help the patient does not want to change their lifestyle. Many of the cosmetics and toiletries have chemicals or herbs in them that are just as powerful as progesterone or more powerful, but affect the body in the opposite direction. If you get worse taking progesterone, please stop the progesterone, eliminate all xenoestrogens, then wait one to three months, and then try taking the progesterone again.

In other words, if you take progesterone and your hair begins to fall out more, please stop the progesterone immediately. Then, eliminate all xenoestrogens for one to three months and then try to take the progesterone again. If you do not want to change your lifestyle, this approach is not for you.

It turns out according to Brownstein M.D. that above 90% of patients in his practice are deficient in iodine. He maintains that the RDA for iodine is simply too low. The way to test for iodine deficiency is to give a 50 mg dose of iodine. Then, do a 24 hour urine collection. If you get 80% back of the iodine or 40 mg in the urine, then the patient does not need any iodine. Many women get sick taking iodine. The reason why you get sick taking iodine is not because the iodine is toxic. Again, some people take iodine and have no bad effects at all. Some people take iodine get very sick. Why is this? Whenever you see a response like this it means that there is something else going on that is good for some people, and not good for other people. The question you must ask is why?

The answer is because of bromine toxicity. As you recall, from high school chemistry bromine and iodine are in the same column of the periodic table. Frequently, bromine and iodine can substitute for each other because they have the same valence electrons and are roughly the same size physically. Bromine is toxic. Bromine is used as a fungicide. For instance, methyl bromide is used to sterilize soil before planting strawberries. Brominated vegetable oil is a frequent ingredient of sports drinks and soft drinks. Brominated vegetable oil allows citrus oils to be dissolved in water. Bromine may able to substitute for iodine in thyroid hormones, T3 and T4. Instead of an iodine in the thyroid hormone, there may be a bromine 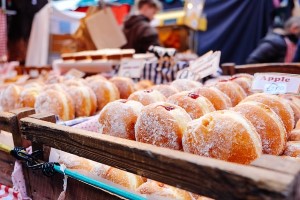 Iodine found in table salt required by law is barely enough to stave off goiter. Abraham M.D. believes that you should start to take 3 mg of iodine per day and then increase by about 5 mg per day per week until you reach 50 mg per day. After taking 50 mg per day for three months, you can then cut back down to 10 mg per day as a maintenance dose. He believes the Japanese people have eaten 10 mg of iodine per day and this is the optimal level for optimal functioning of the human body. The reason why you start off slowly is because of bromine toxicity. Be very careful of bromine toxicity. Bromine toxicity may result in acne with a rash, hair loss, body odor, dry mouth, transient breast tenderness, frequent urination, heart palpitations, twitching, tingling in the hands and feet, depression, anxiety, and emotionality. The most worrisome side effect is the thyroid becoming sore. The thyroid becoming sore indicates that bromine is lysing thyrocytes. The reason why this is bad is because the body may develop antibodies against your thyroid cells and cause a Hashimoto's thyroiditis. If your thyroid becomes sore, please stop the iodine immediately and use a sea salt detox to try to get rid of the bromine. If you buy a product from us you will get the iodine supplementation protocol with the detox sea salt protocol as well.

It is extremely important that you take Lugol's iodine or Iodoral. Both these types of iodine contain both iodide, the iodine ion, I-, and iodine, or atomic iodine, I2. Some tissues take up iodide. Some tissues take up iodine. Your body needs both kinds of iodine. Lugol's iodine is cheap, but may cause stomach upset and can stain clothes. Iodoral is expensive. Iodoral is convenient. Iodoral does NOT cause stomach upset.

Hypothyroid with thinning hair and hair loss can be caused by bromine toxicity and iodine deficiency.

Chemicals That Block The Thyroid Receptor

There are certain chemicals that can go into the thyroid receptor and fit there but do not stimulate the thyroid receptor. These are classically known as thyroid receptor blockers. For instance, triclosan is a known thyroid blocker. It is used as an antibacterial and antifungal agent. It can be found as part of the formulation in the plastic shelves in your refrigerator or in the plastic receptacle for your toilet brush. It can also be found in 75% of the antibacterial soaps available in the market today. Triclosan is known to block the thyroid hormone receptor. Another classic thyroid blocker is the fire retardant that is used in the foam of your couch and plastic in the computer that I am typing on. Fire retardant is a known thyroid receptor blocker. 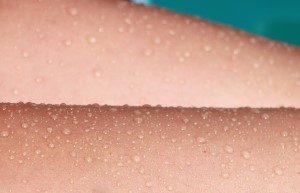 as nicotine patches and estrogen patches deliver nicotine and estrogen into the body, cosmetics, toiletries, laundry detergent, soap, personal limitations products, and deodorant goes directly into the body. Ironically, anything you eat is 90% prefiltered by the liver. Thus, anything that you put on the skin is 10 times in potency than what you eat. So even though I like the organic food, organic food is expensive and many of my patients cannot afford it. So, I recommend my patients not to worry so much about about what they eat, but they should worry about what they put on their skin. As of 2016, I have had about 3000 endometriosis patients. My endometriosis patients have done quite well by just changing the things on their skin and not worrying about food. There are some exceptions to this rule such as coffee, chocolate, rosemary, and oregano, and others. However, for the most part if they change the things on the skin such as water and soap and shampoo, they improve dramatically.

As of 2016, I have studied xenoestrogens in a practical sense for 17 years. If you buy any product from us, you will get a purple sheet with a list of recommended products and a no-no sheet that has a list of chemicals and herbs that seem to make my patients worse because they are xenoestrogens or hormone disruptive.