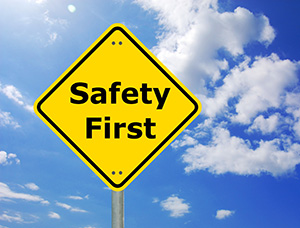 Thus, you and your baby are exposed to high levels of progesterone during pregnancy. Also, there is a wide therapeutic range in which progesterone is effective as a therapeutic agent. Anywhere from 20-400 mg/day.  Also, natural progesterone is safe for both you and your baby in large quantities. What do we know about women who have been pregnant multiple times and delivered (maybe 9). These multi pregnant women have a smaller chance of breast cancer and endometrial cancer. It is thought that estradiol induces proliferation of non-differentiated breast cancer cells, and progesterone induces differentiation of breast cancer cells.[1]   The Woman's Health Initiative with its 29% higher rate of breast cancer for PremPro users was a shocking statistic to many in the mainstream medicine world. The following excerpt is from John Lee, MD's book, "What Your Doctor May Not Tell You About Menopause".

Let's look at evidence that shows hormones deficient or excess can act as a risk factor for cancer:

1. Breast cancer is more likely in premenopausal women with normal or high estrogen levels and low progesterone levels. This may occur early adult life, but more often occurs after the age of 35, when anovulatory periods are common.

3. Tamoxifen, a weak estrogen that goes into the estrogen's receptor and blocks stronger estrogens, is prescribed after breast cancer surgery to prevent breast cancer recurrence.

4. Pregnancy before the age of 30 is known to have a protective effect against breast cancer. Natural progesterone is the dominant hormone during pregnancy.

5. Only the first, full-term, pregnancy gives protection against breast cancer. Women pregnant before the age of 18 have one third of the risk of women pregnant with their first child after the age of 35. Interrupted pregnancies that include miscarriage or abortions do not give this protection.

6. Women without children are at high-risk for breast cancer compared to those with one or more children.

7. Women that underwent an operation to remove both ovaries, ooprhectomy, before the age of 40 have a significantly reduced risk of breast cancer.

8. The protective effect of oophrectomy for breast cancer is canceled by giving them estrogen.

9. Treating males with estrogen is associated with an increased risk of breast cancer.

10. Herbs and chemicals that mimic estrogen, called xenoestrogens are widely recognized as a ubiquitous threat to creating more breast cancer. You may visit the www.breastcancerfund.org for more information on chemicals that act like estrogen that are suspected of computing to breast cancer risk.

11. Breast cancer, ovarian cancer, and endometrial cancer is more likely in women that are receiving mainstream "hormone replacement therapy," that combines estrogen or a synthetic estrogen with a synthetic progestin.

Three studies have shown that progesterone protects against cancer. Foidart in Fertility and Sterility in 1998, summarized, "Exposure to 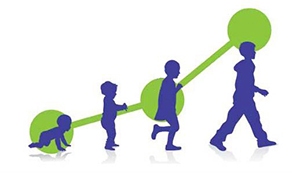 progesterone for 14 days reduce the estradiol induced proliferation of normal breast epithelial cells in vivo." Malet in  Journal of Steroid Biochemistry and Molecular Biology in 2000, summarized, "Cells exhibited a proliferative appearance after estradiol treatment, and return to a quiescent appearance when progesterone was added to estradiol. Progesterone seems to predominantly inhibit cell growth, both in the presence and absence of estradiol."

One of the best studies demonstrating action of estradiol and progesterone on cell proliferation was a study by Chang in 1995. Chang tested transdermal estradiol and transdermal progesterone applied to normal human breast duct cells. Human breast duct cells are where most breast cancers come from. He had four groups of healthy young women that underwent minor breast surgery for benign breast disease. The young women rubbed the transdermal hormone creams on their breast 10 to 13 days before breast surgery.

Blood Testing Does NOT Work for Testing Transdermal Natural Progesterone 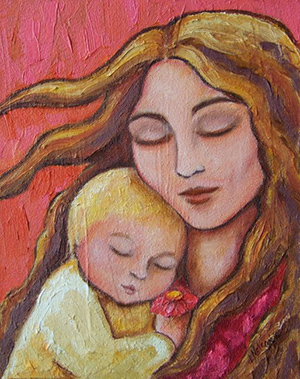 high levels of progesterone during pregnancy carried to term have a smaller chance of breast cancer. This can be contrasted to a common pain reliever acetaminophen. Take half a bottle of acetaminophen, then you die from liver failure in two weeks and everyone gets to watch. Approximately, 100,000 Americans die from prescription drug overdoses every year. Prescription drugs and their combinations can be quite dangerous. Compared to prescription drugs and even over the counter drugs, Natural Progesterone is relatively safe.

1 out of 400 Allergic Reactions From The Cream Base, but NOT Natural Progesterone

The most common reactions I see are true in 40% of women taking Natural Progesterone without modifying their lifestyle is increased bloating, breast tenderness, headaches, pms, hair loss, and increased weight. This is because most, if not the vast majority of women in America are exposed to xenoestrogens in their environment.  Their soaps, laundry detergent, deodorant, lotions, cosmetics and toiletries contain chemicals that mimic estrogen, known as xenoestrogens.  The human body to protect itself shuts its own sensitivity down to estrogen when exposed to such a large load of xenoestrogens chronically.  This shutting down of sensitivity is known as "Down Regulation" in biology.

The solution to this problem is easy.  Simply avoid xenoestrogens for 1-3 months, then take Natural Progesterone.  Normally, topicals like lotions and cosmetics are absorbed transdermally into the fat, and it may take 1-3 months for them to wash out.  You can read more about Natural Progesterone side effects here.