Constipation Before 35 And Especially After 35 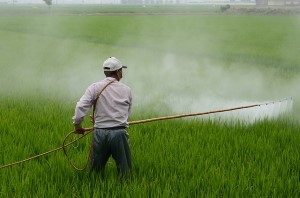 Eating roughage will also help with constipation. The typical American diet does not have much roughage and fiber. Eating enough fiber is easy. I just eat one large carrot raw per day. This is a simple diet recommendation to keep your bowels going.

For instance, BPA or bisphenol-A as been cited by several thousand scientific papers as a hormone disruptor. BPA is used to make plastic bottles. The BPA frequently diffuses from the plastic container into food. The European Union and Canada 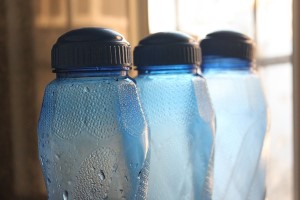 have banned BPA use in baby bottles. The 2010 report from the US FDA cited possible hazards to unborn babies, infants and young children. However, a March 2013 report from the FDA said that BPA was safe at very low levels found in foods. Avoiding BPA can be done by avoiding canned food and poly carbonate plastic containers. Also, the national toxicology panel recommends avoiding my heating food in plastic containers or putting the plastics in the dishwater or using harsh detergents. Also thermal paper receipts leach BPA and transfer BPA to the skin. BPA is readily absorbed. BPA has the ability to bind to and activate the estrogen receptor. A 2008 report by the National Institute of Environmental Health Sciences upon review of the literature found some concern for neural and behavioral effects for pregnant women and fetuses and children. In the past, BPA has been considered a week estrogen mimic. However, newer evidence suggests it is an extremely potent estrogen mimicker. BPA binds to estrogen receptor and triggers an alternative estrogen effect that begins outside the nucleus. This alternative path produced by BPA was shown to change glucose and lipid metabolism causing weight gain in in animal studies. A 2013 study found a correlation between urinary concentrations of BPA and body mass indexes in patients aged 6 through 19. More BPA was associated with being more obese. BPA was found at very low concentrations to feminize male rats altering their perception of sweet and salty taste preference.

Thus, it is extremely important to consider what kind of shampoo, conditioner, lotions, cosmetics, deodorant, and soap that you put on your skin because anything you put on the skin goes directly into the body by passing the liver. These topicals containing herbs or chemicals that act like estrogen, cause a magnesium deficiency, tenses muscles, and causes constipation.

Progesterone Can Balance Out Small Amounts Of Xenoestrogens

Taking natural bio identical progesterone can balance out small amounts of xenoestrogens and make you feel better. This balancing effect works for 60% of the patients. The reason why does not work for the other 40% of patients is because xenoestrogens interact with progesterone. Many of the xenoestrogens that you put on the skin are in the opposite direction of progesterone and are just as potent.

Therefore, because xenoestrogens interact with progesterone there are five different effects:

1. You eliminate all xenoestrogens. You become normal. You don't need progesterone.

3. You take xenoestrogens with progesterone. You progesterone "works" for the first two months and then "stops working."

Progesterone Wakes Up The Estrogen Receptors

The solution is to eliminate xenoestrogens and then take progesterone. Then, progesterone always makes you feel better not worse.

Chemical Sensitivity Can Cause Constipation Indirectly 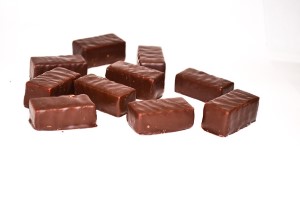 small piece of chocolate, this may cause them to stay up all night. What they are saying is that they have a great deal of difficulty excreting caffeine. What this is also saying is that they have difficulty excreting all chemicals and herbs that are put on the skin. They also have an abnormal Romberg test. A Romberg test is a test of balance. Put your feet together, stand on your tip toes, and close your eyes. If you wobble badly, this is an impaired Romberg test. Chemical sensitivity is characterized by an elevated histamine level and interleukin 6 level. When the histamine level is elevated, allergies are worse. Also when the histamine level is elevated chemical excretion is worse.

Chemicals Stimulate The Sympathetic Nervous System And Cause Constipation 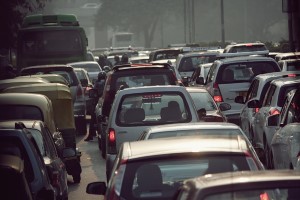 Conversely, petroleum products stimulate the parasympathetic system and give diarrhea. The parasympathetic nervous system corresponds to the vegetative state. Gasoline, motor oil, oil paintings, oil paint, varnish that is oil based, print on books, plastic from hot electronics out gas the plastic wiring insulation, highway fumes, forced air gas heating and jet fumes tend to give diarrhea and make it easier to sleep. You become calmer. Some chemically sensitive patients, if they visit a library, will immediately have to go to the bathroom and have a bowel movement. This is because the print on the books stimulates the parasympathetic nervous system, and they have diarrhea.

Chemically sensitive patients typically have fear, stress, and anxiety issues. If the chemically sensitive patients are able to get rid of the fear, stress, and anxiety issues, then the histamine levels in their blood decrease. When the histamine levels decrease, the hypersensitivity to smell goes away. Allergies are decreased. Chemical sensitivity is decreased. Diarrhea and constipation from chemicals that stimulate them also begin to moderate.

I usually recommend going to Pleasant Valley Church in Thomaston, Georgia to do the one-week seminar to get rid of fear, stress and anxiety issues. They go through getting rid of unforgiveness, bitterness, jealousy, and the last thing to go is fear on Friday. I believe that it is the most effective seminar in the United States. You may read about them at www.beinhealth.com.

Summary Of Getting Rid Of Constipation

Get more roughage, eat one raw carrot per day. Eliminate xenoestrogens. This eliminates magnesium deficiency. Take progesterone. This balances out weak xenoestrogens. Temporarily, take magnesium glysate 400 to 600 mg per day. The magnesium will relax the intestines. Eliminate sympathetic nervous system stimulating chemicals. One chemical is formaldehyde. Eliminate the issue of fear, if you are chemically sensitive. Lower your histamine levels. Visit and do the one-week seminar at Pleasant Valley Church at www.beinhealth.com.