Chocolate Cravings Before Your Period 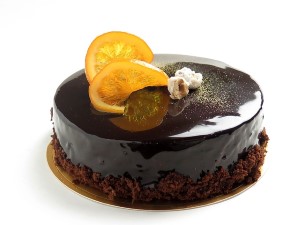 estrogen like things to the body, but are not estrogen proper. So just before your period your own hormones in concert with xenoestrogens cause PMS and a magnesium deficiency. Also, chocolate contains theobromine. Theobromine is a bitter alkaloid from the chocolate plant. Theobromine is also found in guarana berry, tea plants and the cola (kola) nut. Theobromine is similar in structure to theophylline and caffeine. Theobromine however contains no bromine and should not be confused with bromine. Cocoa powder can contain as much as 2% to 10% of theobromine. Theobromine looks like an estrogen to the body. A study conducted in Utah between published in 1993 demonstrated a correlation between increased risk of prostate cancer in all the men and theobromine[1]. Formby, PhD showed that estrogen added to prostate cancer cells made them proliferate. We know that a excess estrogen causes uterine cancer or endometrial cancer. The endometrial lining is sensitive to estrogen. We also know that embryologically the prostate gland and the uterus is the same. Thus, it is logical to assume that the prostate gland and the uterus will respond similarly to the same hormone estrogen.

Fetus exposure to theobromine is correlated with hypospadias and testicular cancer[2]. Hypospadias is a birth defect of the urethra in the male. The urethra of the male opens up on the bottom of the penis instead of the tip of the penis.

Theobromine has been used for alpha-binding estrogen receptor assays for test tube conditions [3].

Xenoestrogens Cause The Magnesium Deficiency

Xenoestrogens are chemicals or herbs that fit into the estrogen receptor in your body. Xenoestrogens make your body think that they are kind of like estrogen. See the Frontline PBS video on poisoned waters in our video library here. The video explores why male fish in the river are starting to look like female fish. The medical doctor from John Hopkins University explains that our modern lifestyle has chemicals and herbs that are filled with hormone disruptors. This explains why American women will have a one out of eight incidence of breast cancer. You can also check the website www.breastcancerfund.org. 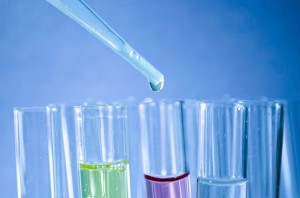 Xenoestrogens can also be natural and organic. For instance, sunflower seeds contain coumestrol. Sunflower seeds were fed to mother rats that caused permanent reproductive problems in the rat pups. The female rat pups did not ovulate after maturing. The male rat pups had strange mounting behavior and less ejaculations. Immature rats given coumestrol had premature estrous cycles.

The Greeks used pomegranate as a contraceptive. Modern laboratory research confirms strong estrogen activity. Giant fennel was used in the ancient world to prevent pregnancy and precipitate miscarriage. Giant fennel was in such demand that it was wiped out as a species in Europe.

Thus, I suggest to avoid all xenoestrogens and take some progesterone and magnesium, and within two to three months, the magnesium deficiency will go away. After that, you do not need to take magnesium anymore.

Magnesium oxide only has absorption rate of 4%. However, a chelated magnesium may have absorption rate of 40%. The chelated magnesium is simply an amino acid wrapped around a magnesium so that the body can absorb it easily. Magnesium oxide on the other hand, is cheap and not well absorbed by the body. I recommend my patients use magnesium glysinate 400 mg to 600 mg per day. If you take too much magnesium then you will get diarrhea. You can continue to increase the dose of magnesium slowly and you will get used to the higher does and not trigger diarrhea.

In the drugstore, nicotine patches and estrogen patches can be bought that deliver nicotine and estrogen into the body. The drug companies are utilizing this principle in biology that things are absorbed into the body through the skin.

Therefore, anything you put on the skin is absorbed directly into the body. This includes shampoos, lotions, toothpaste, 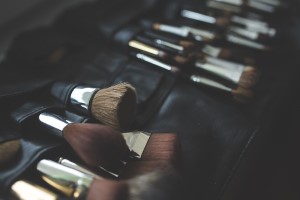 conditioners, laundry detergent, dishwashing detergent by hand, soaps, makeup, lipstick, chapstick, mascara, spermicides, and deodorant. When I first realized this I was extremely skeptical. However, my patients tell me that even mascara can make them bloat, cause breast tenderness, and cause PMS. The first time the patient told me this, I thought she was crazy. However, by the time the third unrelated patient told me the same thing that mascara made her bloat, I realized that my patients are giving me important insight into this estrogen dominance phenomena. Estrogen dominance is simply too much estrogen. Estrogen dominance is caused by the xenoestrogens acting in concert with your own estradiol that you produce. Hormones can be active at parts per billion. This is equivalent to spitting into the Olympic sized pool. The concentration of your spit would be on the order of parts per billion.

1. Progesterone balances out small amounts of weak xenoestrogens. You get better.

2. Progesterone is taken with large amounts of strong xenoestrogens. You get worse.

3. Progesterone is taken with strong xenoestrogens. The progesterone " works" for the first two months and then "doesn't work."

The reason why you get worse is that when you have a large xenoestrogens load your body shuts down the estrogen receptors to protect itself. When you have a large chronic xenoestrogen load you become less sensitive to estrogen. When you take progesterone, the estrogen receptors wake-up. You regain your original sensitivity to estrogen. You become more sensitive to estrogen. Now, your estrogen dominance is worse. And it seems like progesterone is making you worse. But, that is not really what is happening. What is happening is that you have regained your original sensitivity to estrogen and the Estrogen Dominance is worse. 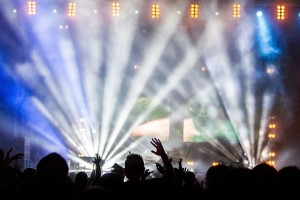 What can I liken it to? I can liken it to going to a noisy party. Initially, the noisy party is loud. But after a while the party is not so loud anymore. This is because your ears in order to protect themselves shut down. The party seems less loud, but the noise level is the same. Now, you take progesterone. Your ears wake-up. And the party is loud again. Naturally, you blame progesterone. However, you are blaming the wrong thing. The progesterone is waking up your ears and the parties loud again. So the root cause is actually the loudness of the party, not the progesterone.

What is a solution? The answer is to go to a very quiet place and then take the progesterone.

I recommend that my patients eliminate xenoestrogens, take progesterone, and take a good magnesium supplement that is chelated. This usually helps a chocolate craving.