Calcifications In The Breast And Uterus Safe Natural Cures 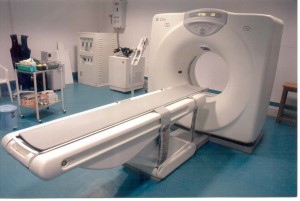 Bone spurs, osteophytes, are bony little horns that form on the edges of the bone. Bone spurs can form on the spine or on the tendon that attaches to your foot bone. Bone spurs are considered by mainstream medicine to be the product of osteoarthritis. Bone spurs can cause pain and even rub on other bones, soft tissue such as ligaments, or tendons. Mainstream medicine believes that they form in response to rubbing pressure that continues over a long period of time. Mainstream medicine believes that it is a product of inflammation. However, I believe that not only is there inflammation occurring, but there is also a magnesium deficiency causing the bone spur calcifications.

Fighting Calcifications by Curing the Cause

Magnesium oxide does not absorb readily by the body. It is cheap, but the absorption rate may only be 4%. Magnesium Citrate absorption may be as high as 40%. If you take a magnesium that is not readily absorbed, you are wasting your money.

Symptoms Of A Magnesium Deficiency

Organophosphate pesticide is a toned down nerve gas. Yes, organophosphate pesticide is in the same category of chemicals as VX or Sarin nerve gas, the poor man's weapon of mass destruction.  Organophosphate pesticide is a "watered down" nerve gas. Organophophate pesticide works by impairing the action of the acetylcholine esterase.  With acetylcholine esterase out of the way, the neuromuscular junction or the nerve to nerve junction is filled with acetylcholine and the muscle is stimulated to tense up.  Typically, after you spray pesticide and get some on yourself, you will have your muscles between the ribs tense up, shoulder tense up, or lower back tense up.  This muscle tensing typically manifests as a sharp pain, but in the lower back, it may feel like a dull pain.  Pesticide exposure with muscle tensing is very common, but usually not recognized.  Pesticide is dangerous not only for its ability to tense up muscles, but also for its ability to stimulate the sympathetic (flight or fight) response, or parasympathetic (vegetative) response.  Pesticide solvents and the pesticide itself is frequently hormone disruptive in addition to being a carcinogen as an additional penalty.  Organophosphate poisoning can either cause constipation or diarrhea depending on the type and severity of the organophosphate. Pesticide poisoning is very common, just unrecognized. 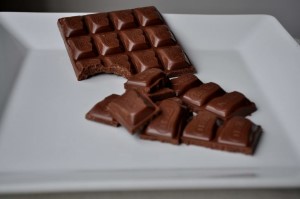 the also be tight and this is caused by a magnesium deficiency.

Xenoestrogens Cause A Magnesium Deficiency

The cause of your magnesium deficiency is xenoestrogens. "Xeno" simply means foreign. So, xenoestrogen simply means foreign estrogen. Xenoestrogens are chemicals or herbs that mimic estrogen. These xenoestrogens fit into the estrogen receptor and masquerade as estrogen. They fit into the estrogen receptor and provoke a reaction from the receptor that is kind of estrogen like, but not really estrogen. Xenoestrogens are strange "Frankenstein" estrogens. They have estrogen like effects, but may be seriously different. For instance, birth control pills contain an estrogen that is similar to natural estrogen, but have several molecular modifications. The estrogen inside birth control pills will cause breast cancer according to the physicians desk reference.  The strange "Frankenstein" estrogen in birth control pills also cause a magnesium deficiency according to the Physician's Desk Reference.

In another example of unintended consequences, synthetic pyrethroid insecticides can also act as a hormone as an additional punishment.  Researcher Go tested some synthetic pyrethroids to determine their ability to disrupt session signaling experiments. He used a cell culture line of human breast cancer cells, MCF - 7. He used PS2 and MCF-7 cell proliferation assays. Synthetic pyrethroids are derivatives of unnatural chemical pyrethrin. Pyrethrins are a natural insecticide from 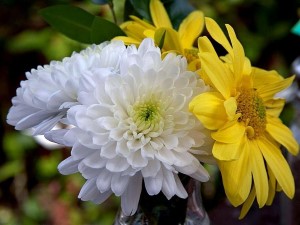 Sumithrin was a classic estrogen mimic. At low levels, PS2 induction occurred. Higher levels were needed to cause cell proliferation. Effects on PS2 induction were curbed by in anti-estrogen. Thus, the mechanism of action of sumithrin is through the estrogen receptor.[1]

Fenvalerate provoked PS2 induction at low levels, but higher levels are required to cause cell proliferation. Effects on PS2 induction were not stopped by an anti-androgen. This suggests a signaling pathway other than the estrogen receptor.

D-trans allethrin at extremely low levels block the estrogen receptor, but at high levels created an estrogen like response. Even higher levels kill the cells.

The article concluded that pyrethroids should be considered to be hormone disruptors. More research should be done.  This is an example of a chemical designed to be an insecticide, but also acts as an estrogen mimic.  Estrogen mimics can cause breast cancer.

Xenoestrogens Can Be Natural And Organic

Clifford Bloch M.D., a pediatric endocrinologist in Denver, Colorado, had several young boys with gynecomastia known commonly as "man boobs." He found that their parents are giving them tea tree oil and lavender oil as a topical. He advised the parents to stop giving these oils to their boys. After 3 to 4 months, the man boobs disappeared. He tested the boys own 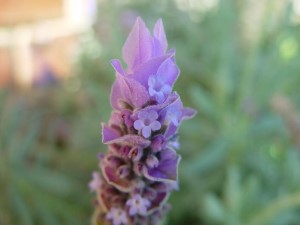 At the University of Rochester medical Center published in the International Journal of Andrology they examined pthalate levels in mothers' urine in the playground behaviors of their preschool boys. Two phthalates DEHP and DBP are found in PVC containing products, soaps and lotions, vinyl and plastic tubing. Phthalates are increasingly implicated with genital defects, metabolic abnormalities, and reduce testosterone in babies and adults.

In the new study, higher concentrations of metabolites of DEHP and DPB were associated with less male type behavior in boys on a standard play questionaire. Mothers provide urine samples at the 28th week of pregnancy. The speculation is that the phthalates may lower fetus testosterone during the critical window of 8-24 weeks of gestation when the testes begin to function. If testosterone production is inhibited, it could alter brain sexual preferences. Higher concentrations of DEHP and DPB metabolites in the pregnant mother's urine corresponded with less masculine play behavior scores.

I had one patient that had about seven children. She gave her son lavender oil on the palms of his hands every night to help them go to sleep. After a while, he started hanging out with the girls and wanted to grow his hair long just like a girl. He became feminized in his behavior. After reading about lavender, she stopped the lavender. Immediately, he began to throw rocks and play with bows and arrows and hang out with the boys. He did not want to be with the girls any more. His parents did not guide him into specific behaviors. He did this all on his own.

Get Rid Of Xenoestrogens

Xenoestrogens are ubiquitous. However, we cannot live in a plastic bubble. So, it is important to do the 20% effort to get the 80% effect. Anything on the skin goes straight into the body. Just as nicotine patches release nicotine in the body, anything you put into the skin is released into the body. Not only that, but anything put on the skin goes directly into the body bypassing the liver. In contrast, anything you eat is first pass metabolized by the liver. Thus, anything you put on the skin is 10 times the oral dose in potency. Thus, don't worry so much about what you eat. Worry about what you are putting on the skin. Change your laundry detergent, soap, conditioner, shampoo, deodorant, toothpaste, and lotion. 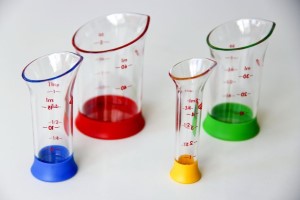 What would you rather use?

Side Effects Of Progesterone

Iodine seems to reduce xenoestrogens sensitivity because iodine converts strong estradiol to weak estriol.  I have had several patients that avoided xenoestrogens and improved greatly. One patient had endometriosis pain 10 out of 10. After five months of being on our program of avoiding xenoestrogens, she had pain of 3 out of 10. Then, she took iodine in three weeks or pain decreased to 0 out of 10. It is extremely important to take Lugol's iodine or Iodoral. This is because Lugol's iodine or Iodoral both contain iodide ion (I-) and atomic iodine (I2). Your tissues need both iodide ion and atomic iodine. Some tissues take up iodide ion (I-). Some tissues take up atomic iodine (I2). You must have both types of iodine for optimal health.

Most important thing to watch out for is bromine toxicity. Iodine forces out bromine. People get sick from bromine. Bromine 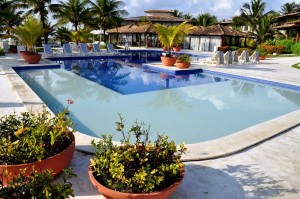 When taking iodine, bromine will be forced out and you could have some of the following symptoms: eyelid twitching, foot tingling, tingling in the hands and feet, depression, anxiety, emotionality, acne name was a rash (zinc helps), lethargy, odd swallowing sensations, body odor, diarrhea, constipation, loss of hair, runny nose, kidney pain, and headache. It is important to remember that the side effects are not from iodine but the bromine that is pushed out of the tissues by iodine. The most common side effect is heart palpitations and vivid dreams with difficulty sleeping. For this reason, I recommend taking iodine in the morning.

The Best Magnesium Supplement to Take is Magnesium Citrate

Anyway, take magnesium citrate until you almost have diarrhea and then back off slightly on the dose.  Most people will need 800-1000 mg/day of Magnesium Citrate.  Most calcifications will disappear in 2-3 months.

The solution for fighting calcifications in the breast, uterus, or any other location is to take Magnesium Citrate until you almost get diarrhea. In most patients, this is 800-1000 mg/day of Magnesium Citrate.   Make sure the Magnesium Citrate that you use does NOT contain Stevia, as Stevia is a hormone disruptive herb.  Make sure to stop all calcium supplements.  Veggies high in calcium oxalate such as spinach, and swiss chard should be temporarily avoided.  Here is a list of high calcium oxalate veggies.  The solution is to eliminate xenoestrogens. If you buy any product from us you will get a list of what to avoid and a list of recommended safe products. The solution is to take some progesterone after eliminating xenoestrogens for one to three months. The solution is to take iodine start at 3 mg per day, increase to 50 mg per day for three months of then maintain at 10 mg per day being careful of bromine toxicity.