Postpartum blues is a mild psychological depression that occurs right after delivery and peaks 5 days after delivery. During one day of third-trimester pregnancy, the woman produces 400 mg/day of Natural Progesterone. This progesterone produced during the third trimester of pregnancy is mainly being produced by the placenta. After the placenta is delivered, progesterone levels drop to zero. Progesterone is known as the “happy hormone”. Progesterone in the absence of xenoestrogens lifts the mood. However, when progesterone levels drop suddenly, a psychological depression is usually the result.

John Lee, MD usually gave topical transdermal natural progesterone to replace the missing progesterone from the pregnancy. He claimed in his book “What Your Doctor May Not Tell You About Menopause” that natural progesterone was able to combat postpartum depression. This is usually what I recommend for my patients. You can find it here. 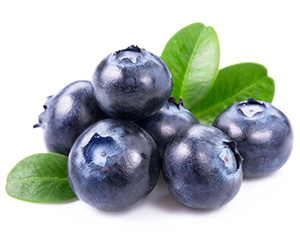 Postpartum blues are thought to be mediated by an elevation of Monoamine oxidase A (MAO-A). Mao-A helps the brain regulate neurotransmitter activity. L-tryptophan and L-tyrosine amino acids are believed to help initiate sleep and balance the MAO-A activity. They also reduce oxidative stress. Blueberry juice and blueberry extract were used to make the amino acids more palatable. Blueberry extract has also been shown to help chemicals pass through the blood brain barrier.

This was reported in arstechnica.com.