Palau bans "Reef Toxic" Sunscreen Creams.  Palau was once heralded as one of the best places in the world to scuba dive by Jacques Cousteau.  When I was a kid, Jacques Cousteau was my hero.  His undersea videos shown on network TV inspired me to almost go into marine biology.

Well, it turns out that minute amounts of chemicals found in common sunscreens were acting as hormones that stopped coral from growing.  And these chemicals at the levels that were being used by beach goers in Hawaii were actually impairing the growth of the coral.  So, Hawaii banned those chemicals in sunscreens for the good of the reef.

Palau has followed suit with Hawaii in agreement with the science.

Mr Remengesau told the AFP news agency: "When science tells us that a practice is damaging to coral reefs, to fish populations, or to the ocean itself, our people take note and our visitors do too.

"Toxic sunscreen chemicals have been found throughout Palau's critical habitats, and in the tissues of our most famous creatures.

"We don't mind being the first nation to ban these chemicals, and we will do our part to spread the word." 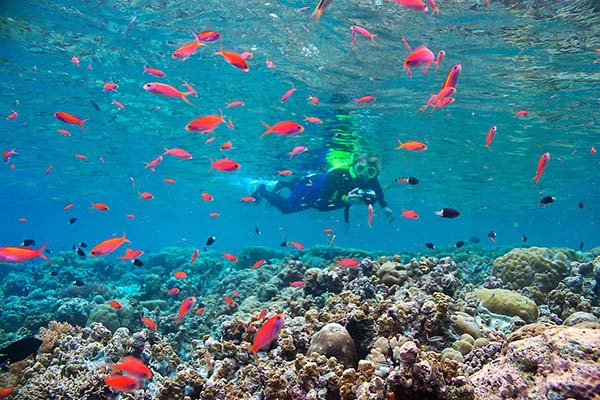