Researchers at Icahn School of Medicine and the Hebrew University of Jerusalem's Hadassah-Braun School of Public Health and Community Medicine looked at 185 sperm count studies from 1973 to 2011.  This totaled 43,000 men.

Dr. Hagai Levine who led the study described the declining sperm count results as a "heartache" and "hard to believe".  He noted that the large percentage of men with sperm concentrations below 40 million per mL is "particularly concerning" because these low concentrations are associated with couples having difficulty conceiving.

Dr. Levine speculates that endocrine disrupting chemicals, including pesticides, fire retardants, herbicides, and commonly used chemicals around the house are responsible for the decline in sperm counts.

Richard Sharpe, honorary professor at the MRC Centre for Reproductive Health at the University of Edinburgh, predicted that more couples will struggle with infertility as sperm count decreases.

The article from Newsweek can be found here.

The article from CNN can be cound here. 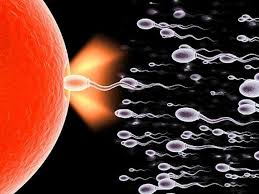