Avocados Seem to be a Xenoestrogen

Recently Aug. 2, 2019, I had a patient with severe endometriosis. She switched to all xenoestrogen FREE products from our purple sheet. Immediately, she had severe 10 out of 10 pain that lasted for several days. She said that she only had that kind of 10 out of 10 pain once a year, and then only for a day or two. She called me on the phone and emailed me frantically trying to figure out what to do. She wanted to know what was going on. She also wanted to know if this has happened before in other patients.

I told her that I was sorry she had to have so much pain. And, yes, I had seen this before in other patients. I told her that she had switched to some cosmetic or product that she thought was safe, but really was NOT safe. I advised her to switch back to all her old products. Then, add back the new products one at a time to see which product was the culprit.

After she searched on the internet and thought about the products she switched to, she came to the conclusion that the avocado oil that she was slathering on her skin was causing the problem of severe 10 out of 10 pain of endometriosis. She sent me a link to this website that claimed that avocados were not good for breast cancer.

Follow up: As of August 27, 2019, my patient has double checked her cosmetics and toiletries. She carefully eliminated all possible suspects. She still believes that the avocado oil is the culprit causing her pain of 10 out of 10. I asked if she would be willing to slather on some more avocado oil to confirm the pain. However, she did not want to put any more avocado oil on her skin.

Here is an excerpt from that article:

"One study found that a diet high in avocado oil promoted the formation of mammary tumors in rats. Another study of postmenopausal U.S. Latina women found that consumption of avocados was associated with higher circulating estrogen levels. On the other hand, a toxin in avocado leaves has been shown to enhance the cytotoxic effects of tamoxifen on human breast cancer cells regardless of their estrogen receptor (ER) status. Based on the available evidence, breast cancer patients, survivors and those at high risk should limit consumption of avocados until further studies clarify these findings."

To be fair avocados also have some great health benefits (from the same article):

"Avocados (Persea americana) generally are considered a healthy food; the high fat content of avocados typically is the only reason given for limiting consumption of this fruit. Avocados are a good source of monounsaturated fats, folate, vitamin B6, and various chlorophylls. Avocados have been shown to protect the liver, improve cholesterol, and ameliorate osteoarthritis symptoms. Avocado extract has been shown to have chemopreventive effects on human oral premalignant and malignant cells, as well as inhibiting the growth of both androgen-dependent and androgen-independent prostate cancer cell lines in the laboratory. Avocados are a rich source of cytochrome P-450s, enzymes involved in drug metabolism and estrogen metabolism, the implications of which for breast cancer have not been established."

Here is an article about high breast cancer rates in Tanzania. Breast Cancer is the second most common cancer in the women of Tanzania.  The community is impoverished.  However, the poorest segment of the community that eats a "Fruity Diet" has a high rate of breast cancer.  The "Fruity Diet" is a diet that is characterized by a higher consumption of fish, mango, papaya, avocado and watery fruits.  It is these people that have the highest rate of breast cancer.  The authors of the article concluded that that low ratio of between polyunsaturated and saturated fatty acids (P/S ratio) of the "Fruity Diet" and "Fatty Diet" was correlated to high breast cancer rates.

I concluded that the high rate of eating avocados which seem to be a breast cancer inducing food may have caused the breast cancer.  Avocados likely contain xenoestrogens that provoke breast cancer.  I personally believe that an occasional avocado or guacamole sauce is no big deal.  However, constant eating of avocados every day may or may not create an environment to promote breast cancer.  Recently, I saw bottles of avocado oil to be used in cooking at a local warehouse club.  Maybe it is more prudent to be cooking with coconut oil instead. 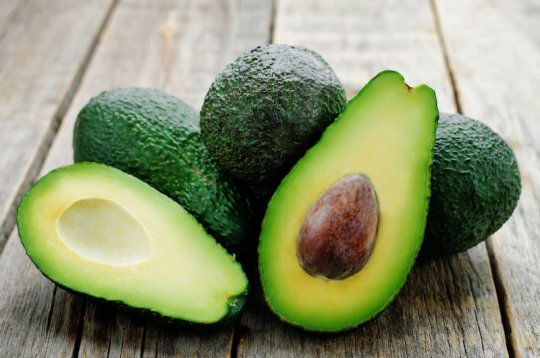 I like avocados. My grandfather used to have an avocado tree in his yard in Hawaii that gave us boxes and boxes of avocados. When I was a kid, my mom used cut us an avocado to eat with dinner because it was free. I guess I am going to have to be more careful about how many avocados and guacamole sauce I eat.